Summing Up The Shit Show – lostboy 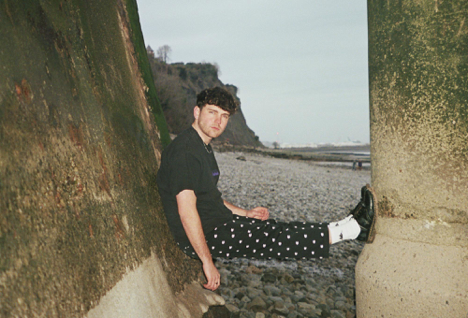 Hot on the heels of continued support from the likes of BBC Radio 1 and Radio X  – the ‘Bad News’ EP is an exploration of the stress and emotion endured by the band during the events of the past year and a half, and a tribute to the UK’s ability to carry on and call for change even in the toughest of times; as Max elaborates:

“The EP as a whole is an insight into the thoughts and feelings that were evoked in me during the national lockdowns. I wanted to write songs for everybody, songs that people could listen to and relate to. The 'Bad News - EP' just about sums up the shit show we've all endured this last year and a half; the songs credit our British 'carry on' attitudes, call out for change and touch on taboo topics many of us (myself included) have been reluctant to address.”

With performances at Tramlines and Y Not Festivals already behind them; Max Clutterbuck, joined by his three best friends have set to work on defining their evocative, uplifting take on indie-pop since the release of their 2019 debut.

Combining the twanging guitars and soaring choruses of 2000’s indie with the cheeky, everyman approachability of modern pop, lostboy’s down to earth charm and openness surrounding subjects of men’s mental health have found the band placed on Spotify’s ‘New Music Friday UK, Hot New Bands, Peach and Fresh Finds: Rock playlists alongside plays on E4’s Made In Chelsea and continued support from BBC Introducing’s Gemma Bradley.

Said themes of mental health come into play on lead single ‘Self(ish)’ – an intimate glimpse into the reality of real people’s real life problems, and Max’s way of putting a positive spin on an incredibly tough time experienced by one of those closest to him, as he explains:

“Self(ish) was inspired by a personal struggle my best friend, and bassist, shared with me. I wanted to make what was a negative experience for him into something positive and empowering for all of us, in the hope that sharing his experience might help others who have struggled with the same issues.”.

lostboy’s debut EP, ‘Bad News’ is out now via Ditto Music and available on all digital platforms.