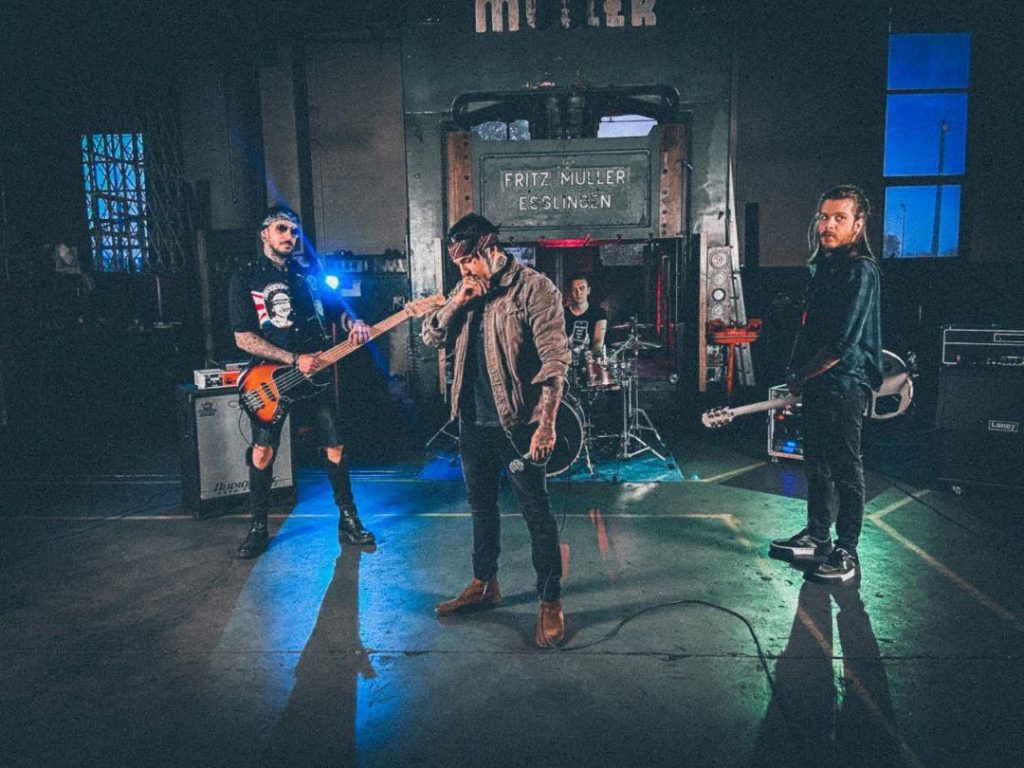 Telling a thematic narrative, alt rock band JAX DIARIES released their captivating new video “WHEN I TURN I SEE THE FUTURE” on Friday May 28th after its exclusive premiere on Knotfest the day prior.

Following multiple acclaimed videos and the band’s debut album, this cinematic visual methodically depicts what is left when two sides battle but neither win.

Stream “WHEN I TURN I SEE THE FUTURE”
https://open.spotify.com/track/5phMjiW9vdfpn6gihJ8HKb

"Existing between the past and future, we never seem to live in the present. When two opposing sides clash, the battle begins and then ends. There is noise, there is exertion, but no one wins. All that’s left is the silence, absolute zero."

Based in Italy, JAX DIARIES is an alternative rock band originally created by Jaxon and his brother Andrew in the summer of 2019. Both of them were previously in the metalcore band Cry Excess, who performed around the world supporting bands like Papa Roach, Korn, and Walls Of Jericho.

After recruiting Andrew and Frankie to complete the band’s lineup, they found quick success in 2019 with their debut single “Shine On” as the music video for the track hit 20K views in its first week. Later that year, tragedy struck when Jaxon was nearly killed in a motorcycle accident. Persevering from his hospital bed, he continued writing new music with his bandmates during daily visits. Once on the mend, in March of 2020, the band went into the studio and recorded what would become their first full-length album ‘Riverside Motel’.

Giving fans a taste of what was to come, they released the single “Came Down To Say Hi” featuring DD Lacuna of Lacuna Coil in September of 2020 along with its music video which currently has over 106K views. Keeping the momentum going, their follow-up single “Fury Roads (Boom Boom)” has garnered over 140K views since its release in November of 2020. The full album ‘Riverside Motel’ was released on May 14th, 2021.

Now, bringing their catchy track “WHEN I TURN I SEE THE FUTURE” to life, JAX DIARIES released a music video for the song on May 28th, 2021 following its exclusive premiere on Knotfest. This visual will capture your attention with a well-developed and beautifully delivered storyline.