An Ace Up Their Sleeve – Joker’s Hand 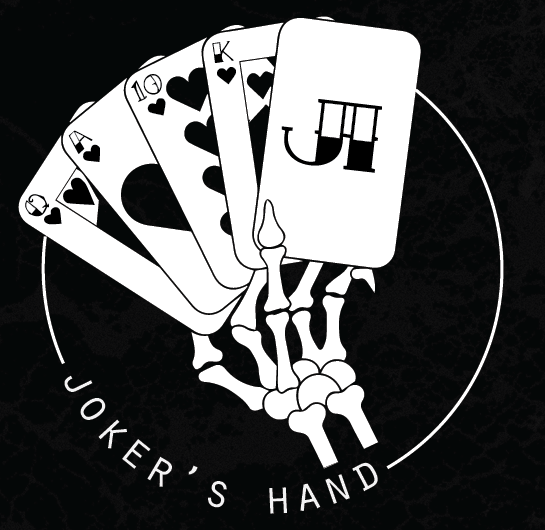 After writing dozens of demos and carving a name for themselves on the Los Angeles club circuit, the band met with producers Steve Ornest and Wyn Davis at Total Access Recording Studios (Sublime, No Doubt, Guns N’ Roses). They began working on what would become their debut self-titled EP, which was released in March 2020.

The band’s first single “Anthem,” landed in rotation on several FM radio stations throughout Southern California. Their second single “Gold Rush” charted on KROQ’s Locals Only, reaching #1 and staying in the Top 5 for nine weeks straight. KROQ’s Locals Only also featured their song “Hijacked” which also took the #1 spot, their second song to top the chart.

Best described as retro rock with a punk edge, Joker’s Hand songs are timeless, and their commercial accessibility reaches across the generations. The band’s explosive live shows coupled with their excellent vocal ability and musicianship has catapulted them above the noise floor of the Los Angeles rock music scene.

The Asian American duo has been active in the #StopAsianHate movement, recently performing at rallies across the Southland. 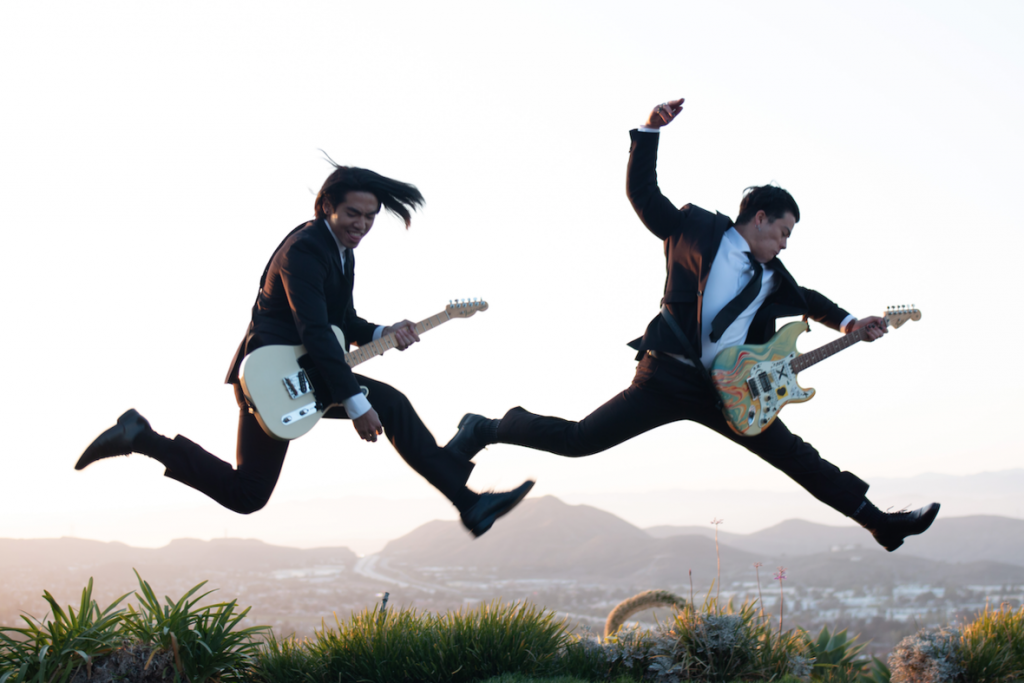 Stream the song on Soundcloud: https://soundcloud.com/jokershand/war-profiteer/s-DAWz1k5fIA7 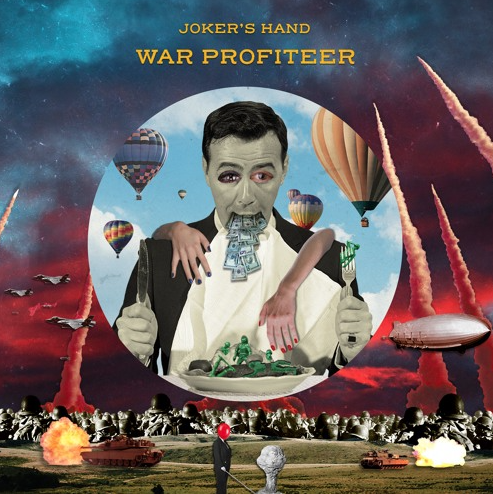 Joker’s Hand’s Kevin Kawano and Matt Lau are admittedly awkward in social situations. Raised with a rigid upbringing, the two rose above their anxieties and created one of alt-punk’s brightest bands.

“Every deck of cards comes with two jokers in it,” Kawano says about the moniker. “The joker cards are cast aside. You don’t expect to use them in a game. I’m half-Japanese and half-white, but my upbringing was more akin to a strict Japanese household. Matt, who is full Chinese, grew up in a similar fashion so we were pushed toward a ‘normal,’ career-driven life. We weren’t raised to take chances or speak our minds.”

As Joker’s Hand, the duo took a chance with a mélange of genres that are, in turns, buoyant or devastating.

With their roots in punk rock, rock and hip-hop, the South Bay band explores those genres in their three forthcoming songs, the reggae-tinged “War Profiteer,” the guitar-heavy “Hibakusha” and “Devil’s Nest.”

“These songs are very different sonically,” Kawano says. “‘Hibakusha” is a harder, faster punk song. ‘War Profiteer’ is a new sound for us. It shows our reggae pop side.”

“War Profiteer” is a sarcastic take on people who profit from others’ suffering.

Joker’s Hand don’t hesitate to show their serious side. “Hibakusha” is a Japanese word that translates to “survivors of the bomb,” a nod to the atom bombs that fell on Nagasaki and Hiroshima.

“That became a blanket statement for survivors plagued with everlasting effects of radiation,” Kawano says. “In the decades following, after the conflict ended, they were shunned by the Japanese who didn’t understand what radiation did.”

The survivors were unemployable and cast aside in a horrible, cruel fashion. Joker’s Hand covers the Americans’ subsequent visits to Japan when they forced survivors to strip naked in front of a roomful of people and succumb to experimentation, Kawano says. 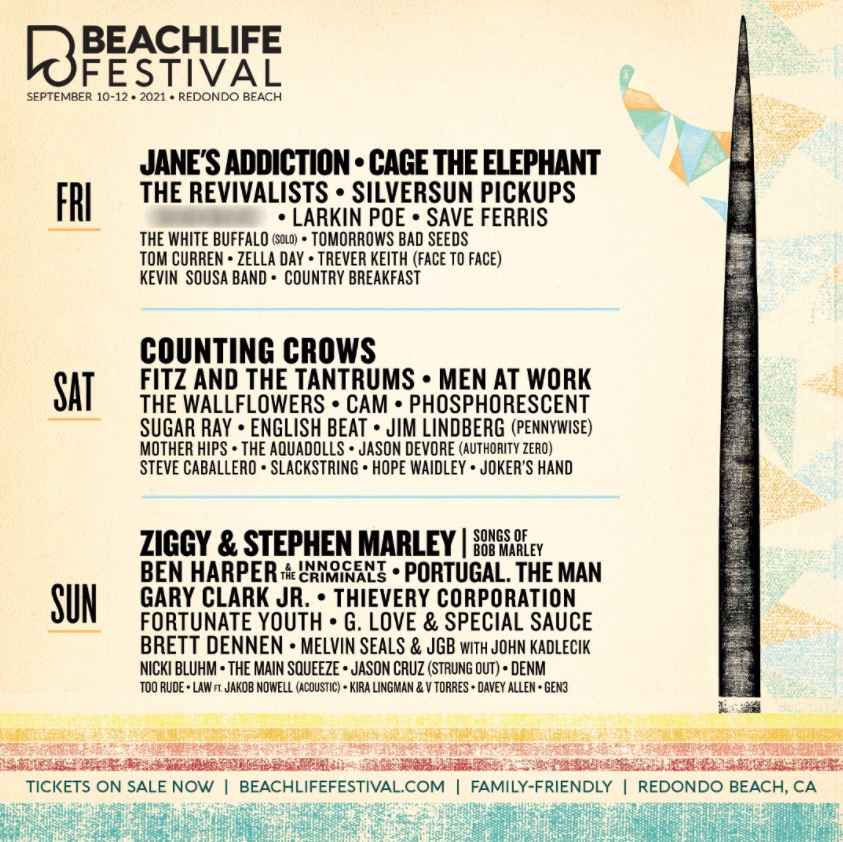 The subject has such a grasp of the duo that they’ve played concerts to oppose Asian American violence. It’s a movement that Kawano and Lau are passionate about.

“It’s messed up what’s going on,” Kawano says. “I get that people have been locked away for a year and this has not been easy for anybody. They’re looking for someone to blame because of where the virus came from and, frankly, it didn’t help with that president we had calling it the ‘Kung Flu’ and the ‘China Virus.’ We’re trying to help give a voice to people who may feel threatened by the current political climate and xenophobia.”

“Devil’s Nest” is the oldest song of the three and visualizes hell, which, to Kawano and Lau, is social situations.

“Growing up feeling socially isolated and unpopular from the herd led us to music, but also triggered a fear of letting people in,” Lau says.
That fear is something the two have worked hard to overcome. At the age of 16, Kawano had life-altering brain surgery.

“That surgery was my first real brush with death,” Kawano says. “It taught me to live for me and not for other people. I started taking chances. My own personal hell is never taking a chance on anything and letting my life pass by.”

The two met at UC-Santa Cruz film school and released their first EP on March 5, 2020 — just before the COVID-19 pandemic hit. It even had some of the top names in music behind it. Producers Steve Ornest and Wyn Davis met Joker’s Hand at Total Access Recording Studios (Sublime, No Doubt, Guns N’ Roses) in Redondo Beach. Despite the pandemic, the single “Gold Rush” hit No. 1 on KROQ’s Locals Only for nine weeks. They had a tour planned, which included several showcases at SXSW, as well as a festival with Sublime with Rome. They were canceled due to the COVID-19 pandemic.

With the pandemic waning, Joker’s Hand are proving their music is timeless and their commercial accessibility can reach across the generations.