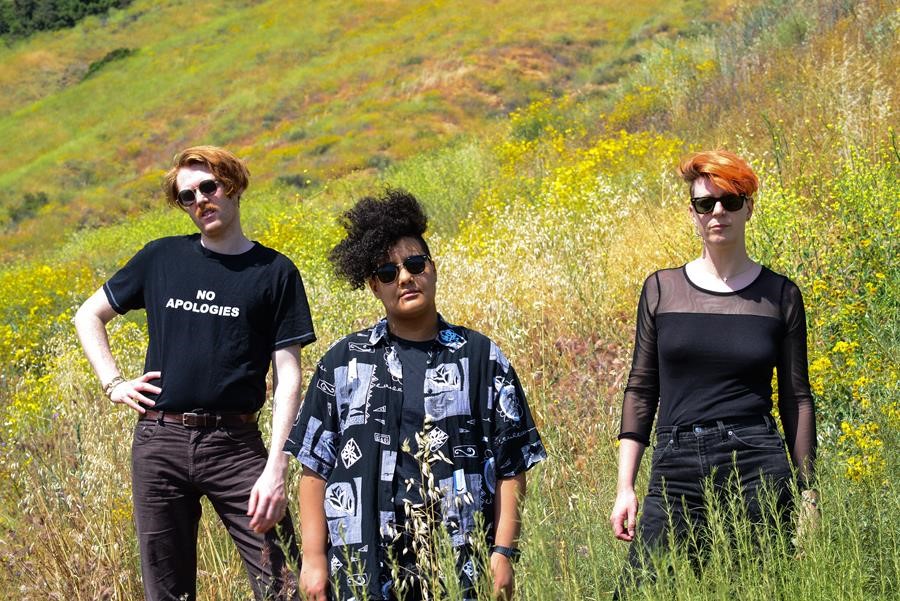 Shopping releases a new single/video, “For Your Pleasure,” from All Or Nothing, their new album out 7th February via FatCat Records.

The songs that make up All or Nothing are the band’s boldest yet; confident, elastic, streamlined grooves that crackle with energy and intention. Along with cleaner, new production values, ‘80s synths and electronic percussion add new textures to their signature minimalist dynamic. Following the “bright and jangly” (Stereogum) lead single “Initiative,” ”For Your Pleasure” is frenetic and propulsive. The accompanying video was directed by Lessa Millet and features several notable musicians, including Sam Sparro and members of Ought, French Vanilla, Janelane and Mo Dotti.

“‘For Your Pleasure’ is a song about frustration, the feeling of always wanting more, needing material things to distract or gratify us,” says Shopping. “It’s about consumerism but also searching for meaning in life. That feeling of longing that never really goes away even when you have the things, the job, the status or the person you thought you wanted. I think people who create music or art know what that feels like particularly.”

Director Lessa Millet elaborates: “When I first heard the song I immediately felt like it had this amazing gay club anthem quality. I think dressing up, looking fabulous, and going to a party to dance and be surrounded by other fabulously dressed queers and weirdos is a huge part of this community. It’s this thing that sometimes is lacking in your everyday life, but you get to have it in these special places. To feel great about who you are, and feel loved and seen and understood. I wanted the video to be honest and authentic. Everyone in the video is basically playing themselves.”

To write All Or Nothing, guitarist Rachel Aggs (Trash Kit, Sacred Paws), drummer Andrew Milk (Current Affairs), and Billy Easter (Wet Dog) returned to London for an intense, 10-day period. Then, they teamed up with US-based producers Davey Warsop to record and Nick Sylvester to mix the record in Los Angeles. All Or Nothing sees Shopping experiment further with the sonic additions that coloured 2018’s The Official Body, shifting their stripped-down ethos to one that took a leap into pop production. The trio’s vision – deeply queer; political by default – place them in a radical lineage of dance, a continuum connecting disco and post-punk to Chicago house.

Following shows in the UK next month, Shopping will take their live show stateside in March before returning to the EU/UK in April May. Tickets are available now and all dates can be found below.

Pre-order All Or Nothing – HERE