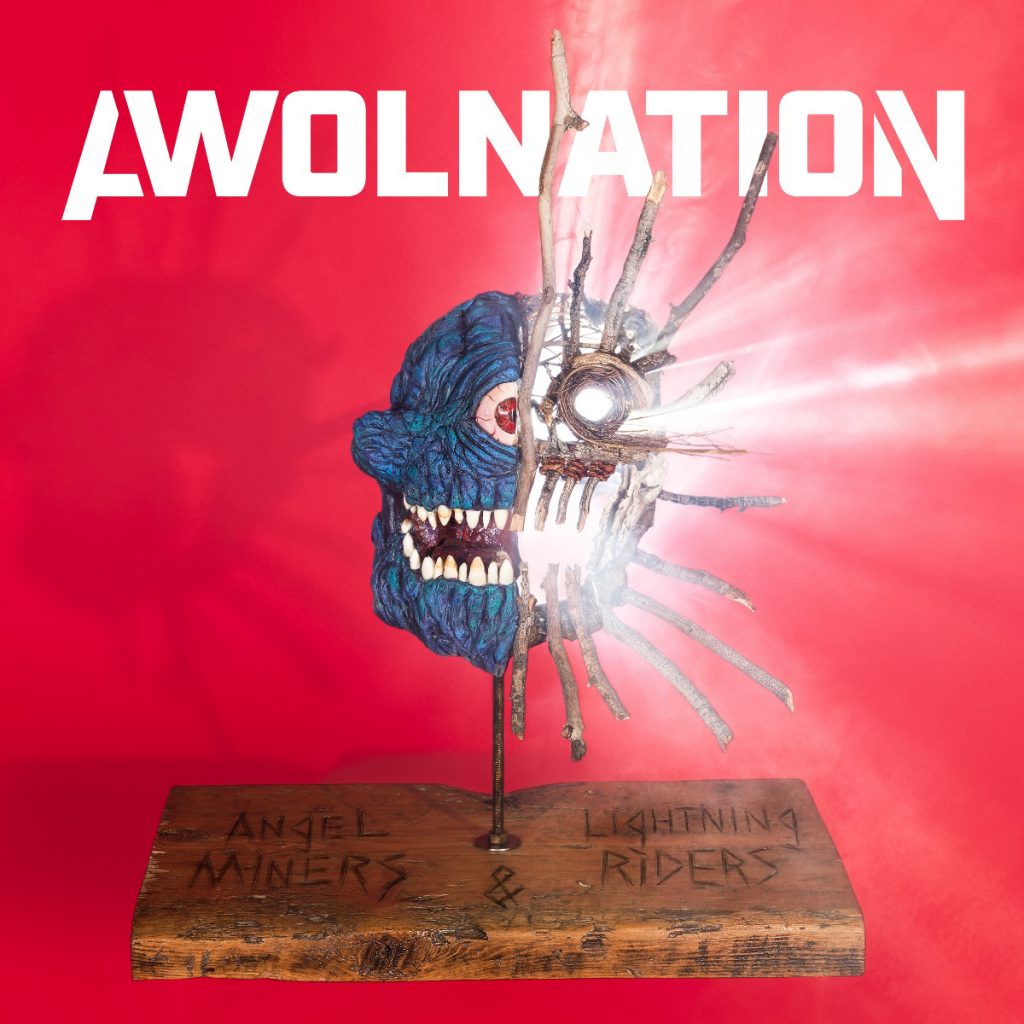 AWOLNATION is preparing to release the new album, ANGEL MINERS & THE LIGHTNING RIDERS, via Better Noise Music on April 24, 2020.

Pre-orders begin today for the full-length, which features the fastest-growing song at Alternative Radio – “The Best” and the more recent single, “California Halo Blue,” that singer / songwriter Aaron Bruno penned about the California fires that ravaged his studio and nearly his home as well.  The album features guest appearances from Weezer’s Rivers Cuomo and Alex Ebert of Edward Sharpe and the Magnetic Zeros.  Ebert’s collaboration on the single “Mayday!! Fiesta Fever” is out today.

“I was absolutely honored that an old friend of mine named Alex Ebert agreed to do a feature on this song.  He played in a band called Ima Robot and of course Edward Sharpe and The Magnetic Zeros, and now he has his own solo project he’s doing, and he’s just an incredible artist,” says Bruno

He explains of “Mayday!! Fiesta Fever” “This track is kind of an old school throwdown party song. It was influenced by a feeling I’ve always had, which is that this [music] industry isn’t, and wasn’t for me, an easy place to get into or be accepted by. It felt like in some way I had to kick down the door to get in. So the song is an anthem of sorts for those of us who have never been invited to the cool party, or the exclusive club.  It has an energy and attitude that imagines the feeling of once you are able to crash inside that cool party, you just go wild and do stuff like spray paint the walls a little bit to disrupt things.”

The NHL’s biggest ‘party’ of the year – the 2020 Honda NHL ® All-Star Game – has invited Bruno to perform during the player introductions.  He will appear on the NBC telecast on 1/25/2020 from the Enterprise Center in St Louis, MO.

The band’s current single at Alternative Radio, “The Best,” just hit the Top 10 at the format.  Driven by strong fan engagement, the song is being featured at major market stations like ALT 92.3 in New York, ALT 98.7 in Los Angeles and 101 WKQX Chicago, among others.“The Best” is the band’s first Top 10 Alt Radio smash with Better Noise Music.  Label CEO Allen Kovac said of the track “If you liked ‘Sail’you’re going to love ‘The Best.’  It is sure to be a Grammy contender in 2021!”

Bruno, the songwriter and architect behind AWOLNATION, wrote and recorded one of the most influential songs of the previous decade with the chart-topping, record-breaking track SAIL. The first single off the platinum Megalithic Symphony (2011), SAIL is certified Diamond (10 million) and holds the record for the most weeks on the Billboard Hot 100 chart by an independent artist, the second longest for any artist.  The debut album also produced the Gold certified “Not Your Fault” and two other Top 10 US singles.  AWOLNATION released the sophomore album Run in 2015 and 2018’s follow up Here Come The Runts. Across the span of 3 albums, AWOLNATION has notched seven Top 5 Alternative Radio hits, including two #1’s, and has accumulated millions of sales, downloads and over 1.5 billion streams globally. The music has been used in dozens of films, television shows and commercials around the world, and songs have been the genesis of viral sensations garnering hundreds of millions of streams and views across platforms like Instagram, Vine, TikTok, YouTube, etc.

Song and Pre-Order can be found HERE