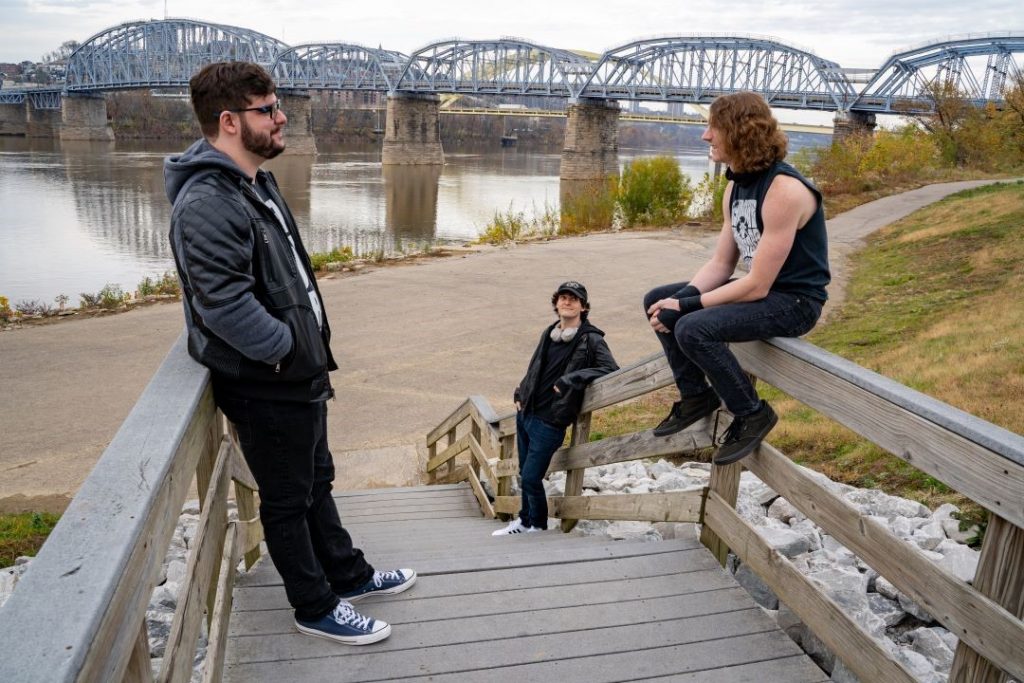 This track stands out from the two previously released singles with a slow buildup that leads into a driving yet bouncy sound.

“With the third single off our debut album, Doppelganger is one of our more "out there" rock tracks. We don't use a traditional verse section. We utilize the bass to bring a different approach to our song structure. It's a different vibe to what we've released before. The slow build is complemented with a fast and hard hitting pre-chorus creating a truly dynamic track. If you're looking for something upbeat, shreddy, and even with a dance beat, you'll take a liking to Doppelganger.”

Hailing from Cincinnati, Unrivaled is a three-piece band that blurs the lines between punk and metal to create a sound that lives up to their name. Their formation began when guitarist Jimmy Alexander met up with drummer Austin Pflum in an attempt to create a spark in southwest Ohio. Along with the addition of Paul Lipps on bass, the band was born into existence at the beginning of 2019. Drawing influence from bands such as Rise Against and Green Day, they are looking to reinvent rock in their own image.

Since forming, they have been hard at work writing and spending time in the studio recording. When they were able before the pandemic, they had been playing shows throughout the local Cincinnati music scene opening for bands such as The Red Jumpsuit Apparatus and Eyes Set To Kill.

Following the announcement of their upcoming debut album, the band has released three singles off of it including “I’ve Relapsed”, “Still Alive”, and the new track “Doppelganger”. With no plans on looking back, Unrivaled is determined to make an impact with their debut album ‘Quarter Life Crisis’, set to release on January 29th, 2021.