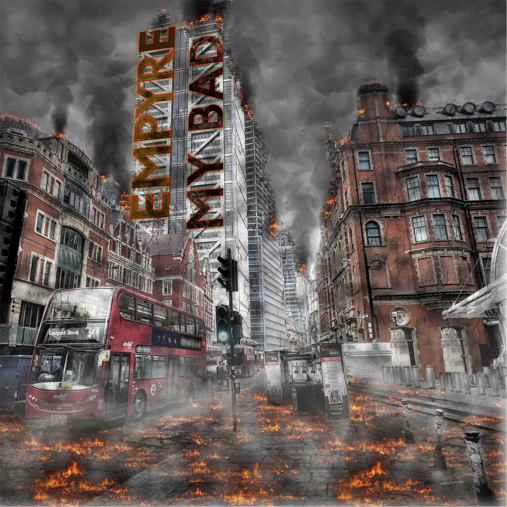 Off the back of an extremely successful 2019 culminating in a packed house at The Water Rats, London for their album party and a performance at Arena Birmingham, the Northampton rock four-piece enter 2020 building on last year’s momentum with a new video for the single “My Bad”. You can watch the video HERE

“My Bad” is taken from the band’s critically acclaimed debut album “Self-Aware”. The album’s opening track showcases a captivating vocal, orchestral drums, abundant guitar hooks and aggressive chorus reflecting the lyrical tone of the song. A cascading, melodic guitar solo coupled with the jarring and reflective songwriting combine to make one of the most emotive, stand-out songs on ‘Self Aware’.

Frontman Henrik, comments: “My Bad predicts the almost inevitable collapse of a relationship, but is an appeal to salvage it. Briefly it documents the relationship moving from being friendly to nothing more than all-out war. The chorus foreshadowing the demise of the relationship in catastrophic fashion, with a no holds barred war of words.”

EMPYRE presented to the rock community a truly accomplished first record, applauded by media and fans alike. “Self-Aware” is a collection of 11 “all killer no filler” tracks, in which each song individually showcases a band with skillful songwriting and a bold sound. Each song on the album has its own personality, and an underlying and unifying soundscape ties all the tracks together, fusing the roots of the style’s tradition with a unique musical edge, creating a distinctive, dark and introspective rock.

Heralded by Planet Rock as “Ones To Watch” and singled-out with a “High Hopes” feature by Classic Rock Magazine, EMPYRE’s sound really takes flight on stage… in the words of Kerrang! “Empyre sound slick, vast and like the music was written with the help of an architectural blue print for an arena”, as such, the band just confirmed a series of dates across the UK throughout 2020.