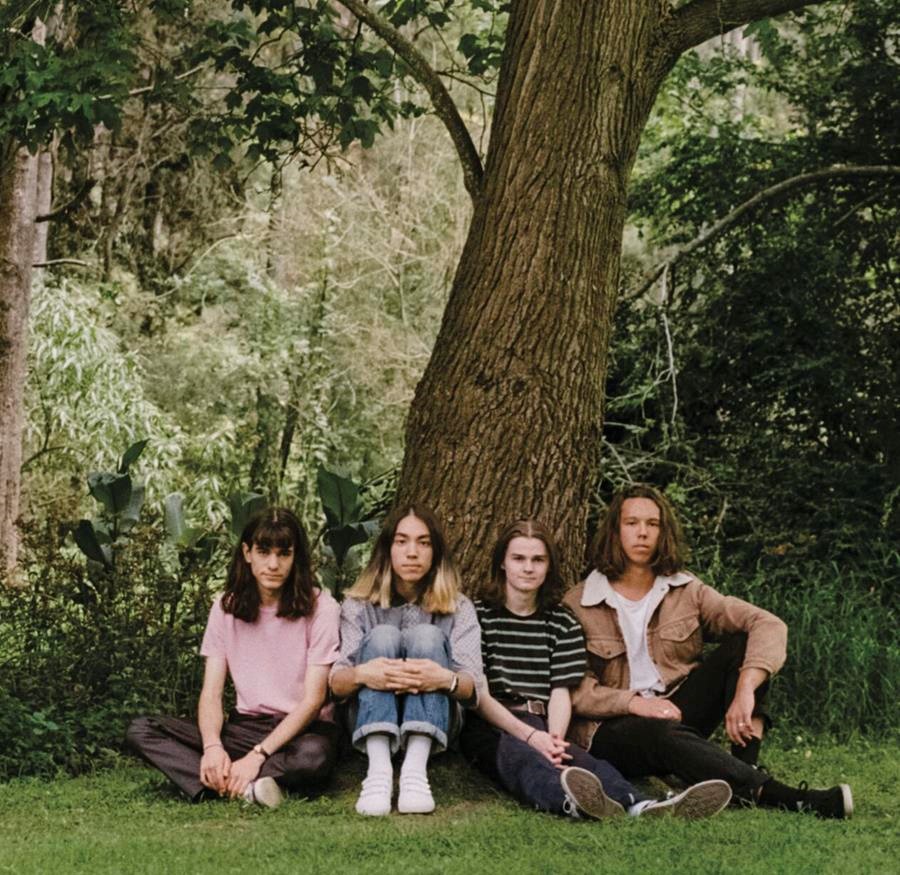 The Lazy Eyes are a Sydney four-piece who create prismatic, sprawling psych-rock. ‘Cheesy Love Song’ is the lead single from their debut EP, the first of a number of releases over the coming year.

A patient, slowly unspooling track built around languid piano, echoing guitar lines and vintage soaked vocal melodies and harmonies, “Cheesy Love Song” is content to take its time introducing the band, letting its tonal and textural choices lazily mutate from flourishes of soft strings and warm synthesizers into heavy-handed drumming and wild guitar sirens. Bringing a meld of pedal-effected psychedelia and 60’s pop-inspired chord progressions, they evoke the tenderness of The Flaming Lips and the pocket symphonies of Brian Wilson.

Harvey (vocals, guitar, keys), Itay (vocals, guitar), Blake (bass) and Noah (drums), all still in their teens, have been playing together since they were 15, having met each other while attending a local performing arts high school. In between then and now, news of the band’s playfully jam-filled and constantly morphing live show, spread throughout their hometown by word-of-mouth, building up a fervent, cult-like following.

Check it out HERE

Showcases at 2019’s Bigsound (Australia’s SXSW) saw The Lazy Eyes take that buzz nationally, leaving as one of the breakout acts of the festival and drawing praise from tastemaker radio station triple j, Happy Mag and more. Soon after, the band signed on with Lunatic Entertainment for management (CHVRCHES, Baker Boy, and more), The Orchard for label services and distribution, as well as booking agents in the US (Paradigm), UK (Primary Talent), and ANZ (Village Sounds).

With their debut release, The Lazy Eyes present themselves as part of the second generation of Australia’s burgeoning psych-rock scene. They have also recently played Fairgrounds Festival, Newtown Festival and are set to perform at Laneway Festival next month, with international dates to be announced soon. “Cheesy Love Song” by The Lazy Eyes is out now – buy it right here.