Get Keyed Up -Alicia Returns 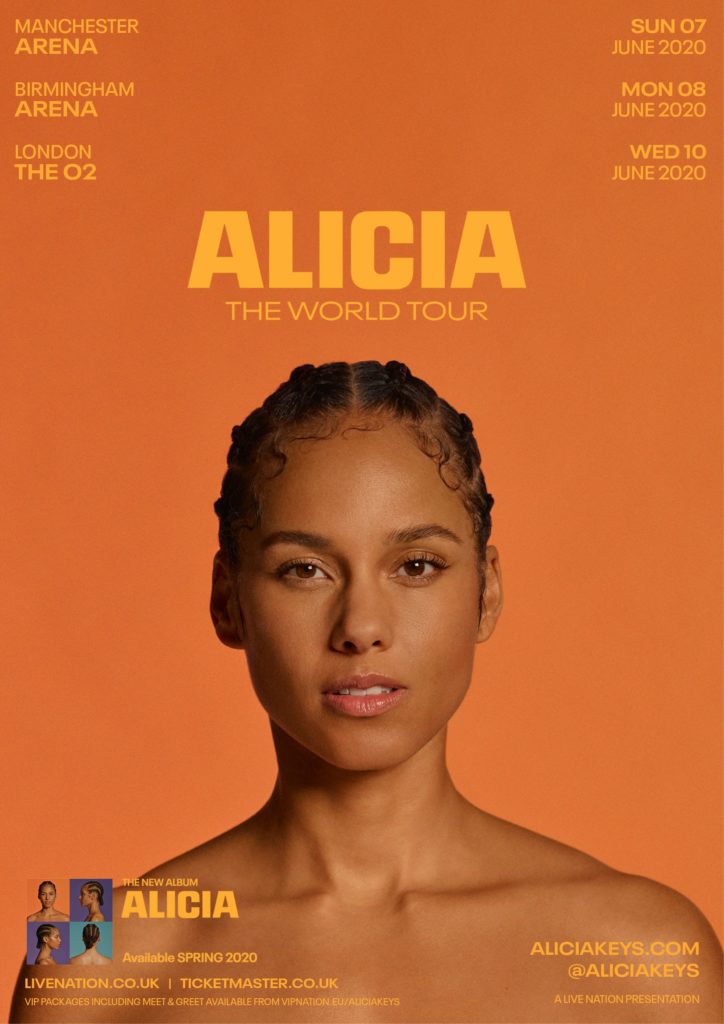 Keys will bring her repertoire of worldwide hits to iconic venues across North America and Europe, including a stop at the legendary Radio City Music Hall in Key’s hometown of New York City. The celebrated singer/songwriter/producer will visit major cities on both continents including London, Paris, Berlin, Atlanta, Toronto, Chicago, San Francisco, Los Angeles, and more on the tour produced by Live Nation.

The tour announcement comes fresh off Keys’ exciting news to fans that her forthcoming seventh studio album ALICIA is set to be released worldwide on March 20, via RCA Records. Keys also gave fans a first-look at the album’s stunning artwork. Pre-sale for the album is set for Friday, January 24, in celebration of Alicia’s birthday on January 25. 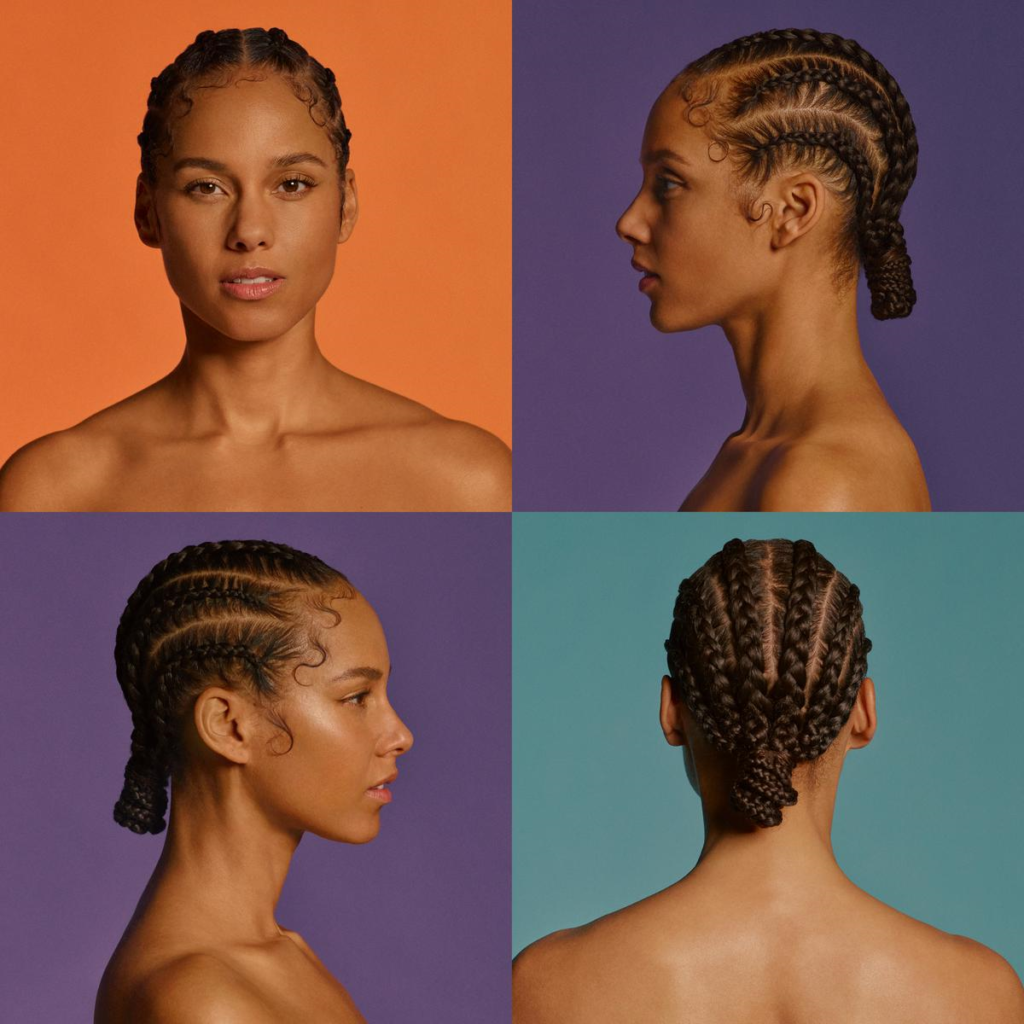 Keys released the anthemic “Underdog,” the album’s new single, earlier this month to critical acclaim (“A be-jeweled slice of pop-soul with a gently euphoric feel” – Clash).  The track became the most added song at US top 40 radio upon its release. Previously released singles include “Time Machine” and “Show Me Love,” which earned Keys a record-extending 11th number 1 on the Billboard Adult R&B Songs airplay chart.

In addition to new music, Keys will be bringing her classics – from “No One” to “If I Ain’t Got You” to “Girl on Fire” – to life in a special multi-media, artistic experience on the ALICIA – THE WORLD TOUR stage each night. A meditation on love and life, the show will be a true celebration, filled with the magnetic energy that only live music can create. 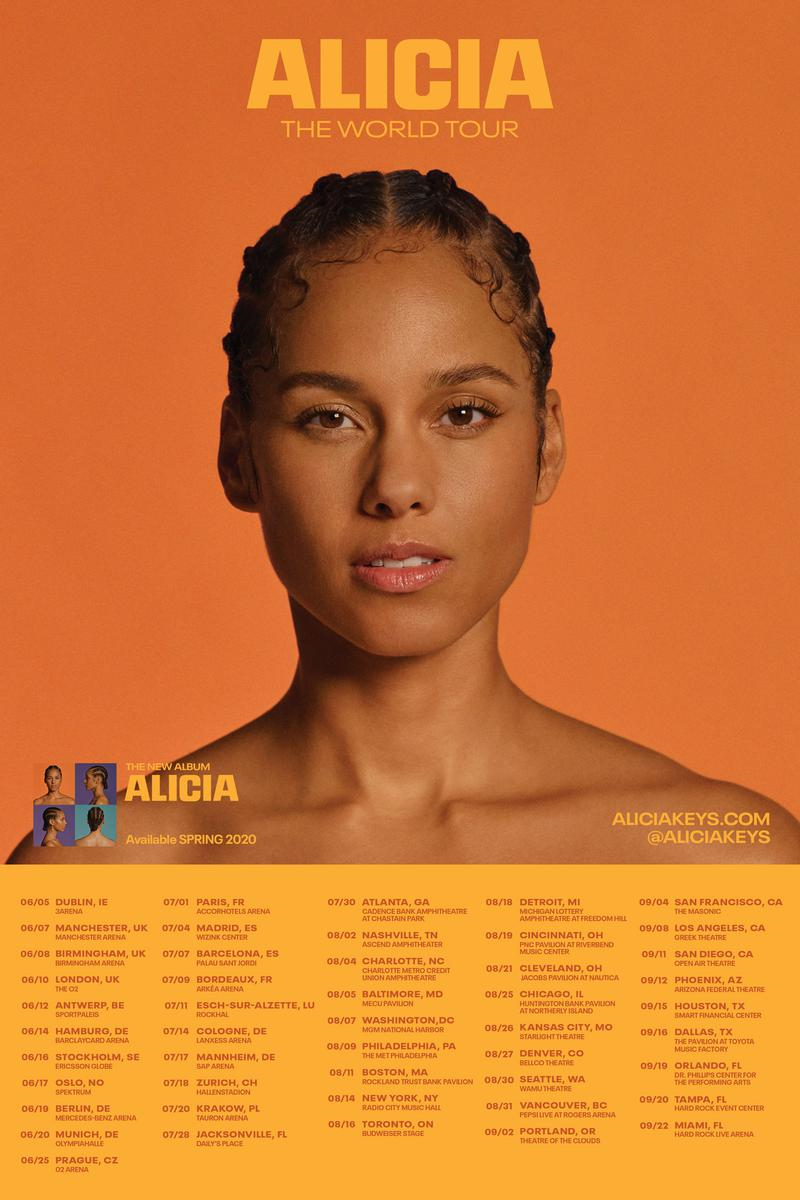 Keys will be returning to host the Grammy Awards on Sunday, January 26th, airing on CBS.  She will release her book More Myself on March 31, via Flatiron Publishing.

About Alicia Keys:
Alicia Keys is a modern-day Renaissance woman—a 15-time Grammy Award-winning artist/songwriter/musician/producer, an accomplished actress, a New York Times best-selling author, a film/ television and Broadway producer an entrepreneur and a powerful force in the world of activism. Since the release of her monumental 2001 debut album, Songs in A Minor, Keys has sold over 65 million records and built an unparalleled repertoire of hits and accomplishments.  Keys’ forthcoming seventh studio album ALICIA is slated to be released in the spring of 2020. The first single “Show Me Love” earned Keys a record-extending 11th number 1 on the Billboard Adult R&B Songs airplay chart. Keys will release her new book More Myself on March 31, 2020 via Flatiron Publishing.