Fun In The Sun – Fire From The Gods 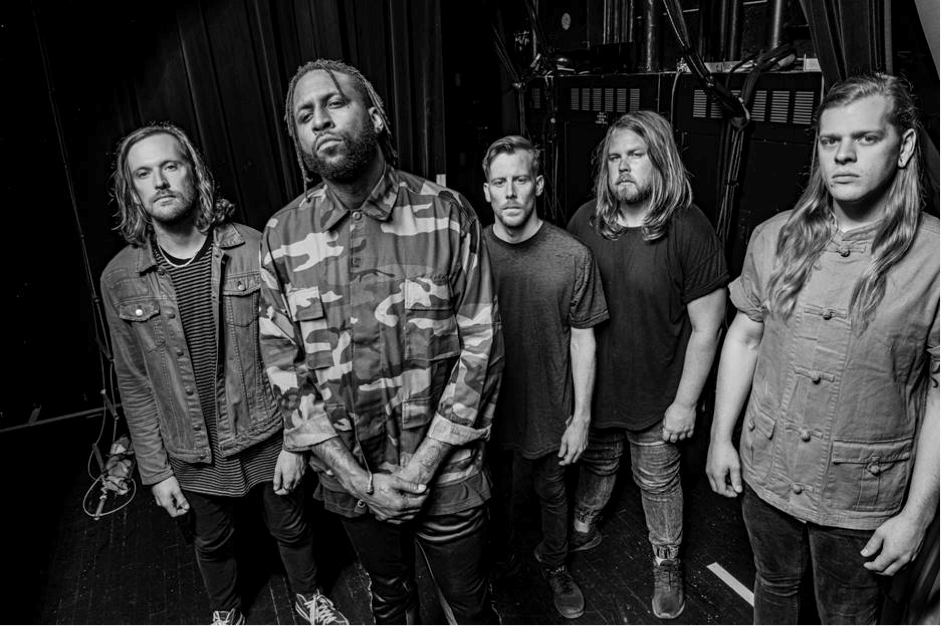 Incendiary five-piece Fire From The Gods have just shared the video for the infectious and groove-laden title track from their new album American Sun, which was released on November 1 through Eleven Seven and Rise Records and has already clocked over 5 million streams.

Fresh off an arena tour in which they supported Five Finger Death Punch alongside Three Days Grace and Bad Wolves, Fire From The Gods are currently on tour in Europe with The HU. The tour started on the 15thJanuary 2020 in Germany and runs through to the 16thFebruary in Ireland. The highly buzzed about trek is almost completely sold out. All dates are here and below is the UK and Eire dates.

2019 has been a banner year for Fire From The Gods. The band was recently named a 2020 breakout artist by Pandora and SiriusXM, while the band enjoyed prime placements on major playlists such as Spotfiy’s Rock Hard, New Metal Tracks, and Adrenaline Workout, as well as Apple’s Breaking Hard Rock and Metal.

“Right Now” the lead single from American Sun, is currently Top 20 on the active rock charts and continues to grow in audience..

American Sun was recorded, engineered, and mixed by Erik Ron (Godsmack, Motionless In White, Panic! At The Disco) over a two-month period in Los Angeles, and mastered by Howie Weinberg (Alice Cooper, Korn, Red Hot Chili Peppers). It’s an expertly executed and DNA distinct amalgam of metal, hip-hop, and modern rock. Fire From The Gods have adopted the tagline “In Us We Trust” — meaning “We the People” are responsible for change; a unifying statement in order to try to prevent society from succumbing to the growing malaise brought on by soul-sucking technology, divisive politics, and environmental destruction.

WATCH + LISTEN TO FIRE FROM THE GODS:
“Right Now“
“Truth To The Weak (Not Built To Collapse)“
“Make You Feel It“

Watch the video for “American Sun,” which crackles with intensity and features live footage, here.

ABOUT FIRE FROM THE GODS:
Armed with a bold hybrid of metal, rock, and hip-hop, Fire From The Gods punch through genre and cultural barriers and make a provocative and powerful statement with each subsequent album. Averaging nearly 400,000 monthly listeners on Spotify with nearly 30 million total streams as of 2019, the Austin, TX outfit introduced themselves on 2016’s Narrativeand expanded 2017 follow-up Narrative Retold. Among a bevy of bangers, “Excuse Me” cracked 5.6 million Spotify streams followed by “End Transmission” at 3.1 million Spotify streams. On Narrative Retold, legendary Korn frontman Jonathan Davis produced “Evolve” and “The Voiceless”—the latter of which leapt past 2.6 million Spotify streams. Signing to Five Finger Death Punch guitarist and mastermind Zoltan Bathory for management and Eleven Seven Music for label in 2019, the group served up its most potent offering yet with American Sun. “Right Now” racked up 1.9 million Spotify streams in a few months’ time as the band appeared in features by Consequence of Soundand more. Along the way, they also toured with everyone from Five Finger Death Punch to Bad Wolves, building a devout following. Now, American Sunsees them burn brighter than ever.