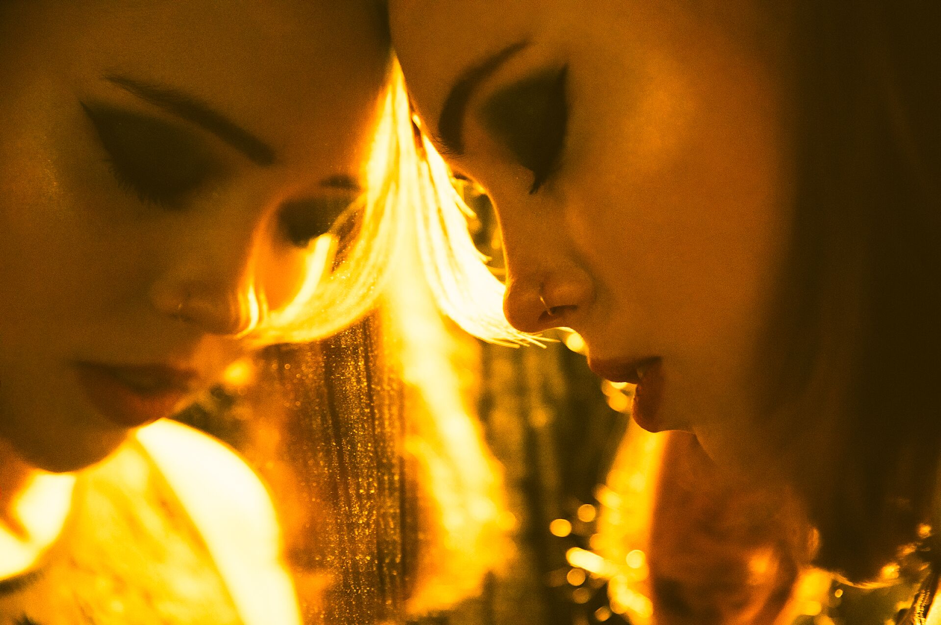 Enticed by the brimstone and flames, she ends [‘lucy’] wearing a thorn of crowns as the guitars build and build. An exciting first taste of what’s to come next.” – The FADER (#1 Best Rock Songs Right Now)

Nashville native Soccer Mommy (a.k.a. Sophie Allison) released “lucy,” her first new song since her 2018 breakout debut album Clean, earlier this fall. Showcasing a bolder sound, more advanced production, and Allison’s masterful songwriting and wordplay kicked up a notch, “lucy” is now followed by a 7+ minute epic called “yellow is the color of her eyes.”  “’yellow is the color of her eyes’ is a song that is really important to me,” Allison explains. “The song was inspired by a time when I was on the road constantly and I felt like I was losing time – specifically with my mother. It’s also a song that I feel really showcases my writing when it comes to instrumentation, so it’s one that makes me really proud.“ The track, which features Mary Lattimore on harp, is out now alongside a stunning short film by Her Smell director Alex Ross Perry. Watch the film HERE, and buy or stream “yellow is the color of her eyes” HERE.

“The challenge of creating a 7-minute piece was daunting and irresistible in equal measure. Having just completed a film for which the color-coded design of it’s various acts was of the utmost importance, Sophie’s idea of collaborating on a short-form film to compliment her similarly-conceived new music was irresistible.

“Running with her idea of locations evoking where she wrote this song, the concept couldn’t have announced itself more boldly. To that, I shared images from Breaking the Waves and Eternal Sunshine of the Spotless Mind. It wasn’t until we got the footage back that I realized a dash of first-scene-of-Inception had snuck in there, as well.”

Soccer Mommy has been touring non-stop for the past few years, opening for the likes of Kacey Musgraves, Vampire Weekend, Paramore, Wilco and Liz Phair, selling out countless headline shows, and making her festival debuts at Coachella, Governor’s Ball, Primavera Sound, and more. Today she announces a massive world tour, starting in March 2020 in North America and stopping at some of the biggest venues Allison has ever headlined. She will be headed to the UK for a string of dates, starting in Brighton on 16th June, taking in London’s Electric Ballroom on 18th June, Bristol, Birmingham, Leeds and Glasgow, finishing up in Manchester on 24th June. A Spotify pre-sale launches on Thursday from 10am-10-pm locally, with general on-sale starting Friday at 10 am locally. See below to find a show near you, and get your tickets HERE.

Soccer Mommy’s debut album Clean earned mass critical acclaim upon its release, and received year-end nods from 100+ publications, including The New York Times #1 Album of 2018. It has already been featured on numerous Best of The Decade lists, as well.