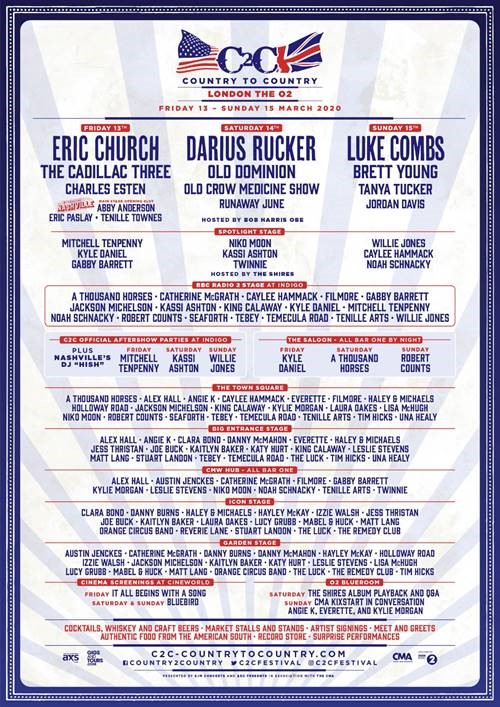 THIS HAS BEEN CANCELLED

C2C: Country to Country is Europe’s biggest country music festival created by AEG Europe and SJM Concerts in association with the Country Music Association. The festival takes place each March in London, Glasgow and Dublin, with three days of the best in country music and programming. Performances come from the world’s best country stars as well as emerging talent from Nashville, UK and Europe.

C2C was first launched in March 2013 at The O2, London as a two day event with Carrie Underwood and Tim McGraw as headliners. This was Tim McGraw’s first UK appearance.

In 2014 C2C launched in Dublin taking place on the same weekend as the London event, with artists switching venues each day.

In 2016 C2C grew into three days and added C2C Glasgow at the Clyde Auditorium. In London, new stages outside of the arena included the Bluebird Café, BBC Radio 2 Country Stage and the Late Night Sounds Like Nashville Stage.