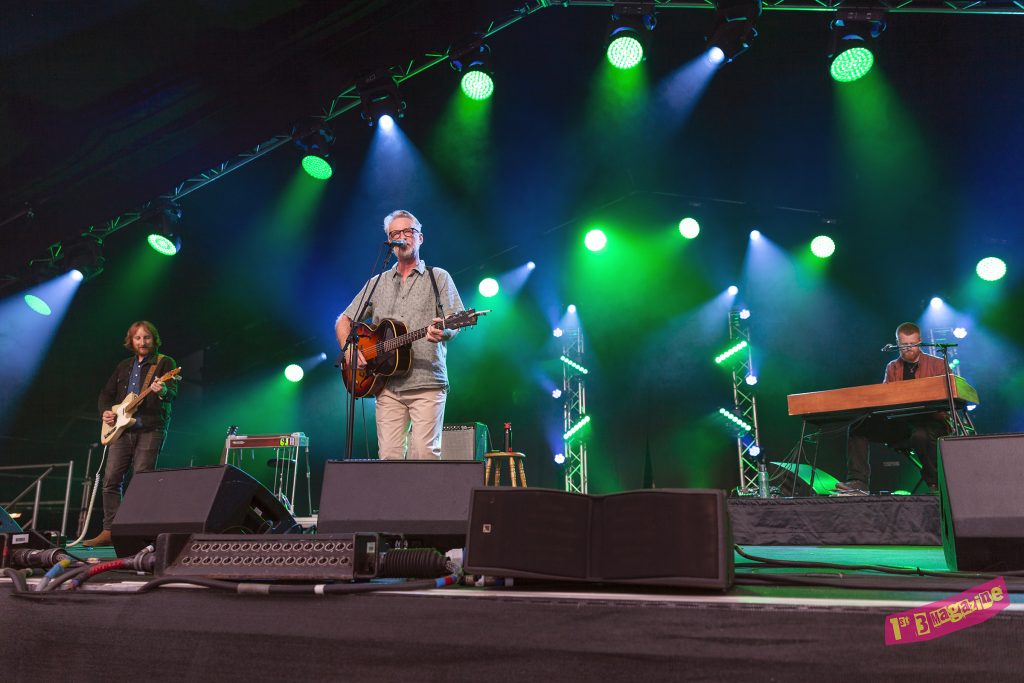 As he later explained, this wasn’t his planned stage outfit but he’d been watching the first half of England v Germany in the Euro Women’s Final so sartorial considerations had taken second place to the excitement of the footie. He was later seen backstage in a Coke multinational subverting, ‘Things Go Better with Woke’ t-shirt, perhaps his planned outfit.

Opening with Way Over Yonder in Minor Key, with the refrain of ‘Ain’t nobody that can sing like me’, he then announced, ‘Nobody can sing like me, I’m Billy Bragg!’ Playing to a Cambridge Folk Festival crowd, he was pretty much preaching to the converted. While protest singers with longevity blending rock, folk, Americana and indie are par for the course as Cambridge, nobody has quite the presence or crossover appeal of Billy Bragg. Now grey, bespectacled, bearded and looking more and more like Jeremy Corbyn as he ages, Bragg has lost none of his directness, cockiness or conviction.

While you may disagree with Bragg politically over his enthusiastic sporting nationalism, at least it is always tempered by his comments on the diversity of Britishness"

Following Mid-Century Modern, a track from the most recent album, he continued the discussion and pointed out that he wasn’t against safe spaces, and that the underlying problem was male violence against all women, which led into Valentine’s Day is Over, a song from the back catalogue about domestic violence which retains its heart-breaking power. The equally tragic and touching, Levi Stubbs’ Tears followed a few songs later, only a week before the death of Motown songwriter and producer, Lamont Dozier who featured in the lyrics. 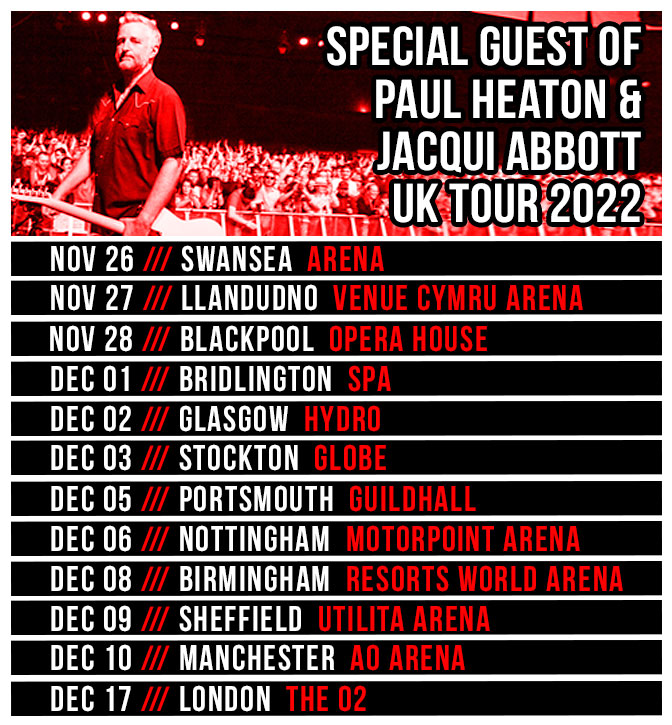 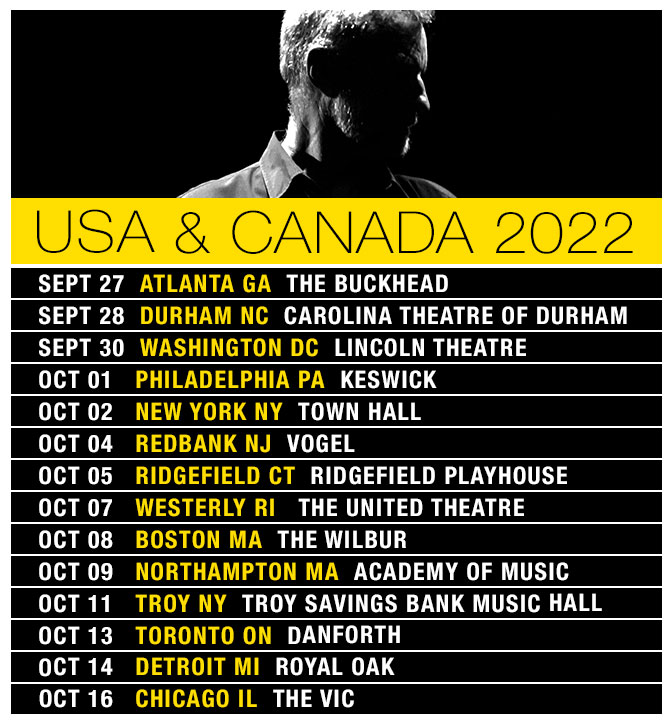 Bragg’s next target was anti-lockdown protestors who had protested in Brighton against having to take lateral flow tests before attending gigs. As he argued, taking a few easy measures to safeguard the most vulnerable in society should be the duty of anyone who believes in community. He also took the opportunity for the de rigueur swipe at the Tories by adding that there was no greater advert for Scottish independence than the Tory leadership debate.

With only four minutes left to go in the football match, Bragg led the crowd in a singalong of the first verse of Blake’s Jerusalem, with a promise of the second verse if England were victorious. After the knockabout Handyman Blues, he joked about how it was difficult to concentrate when all he could see at the back of the crowd was a huge England flag, and how he’d asked Clannad to extend their set by ten minutes but it hadn’t worked. As he launched into Greetings to the New Brunette, to my mind the best Bragg song ever, the final whistle drew closer. Of course, the lyric ‘how can you lie there and think of England when you don’t even know who’s in the team’ became ‘…when you don’t even know who’s in the women’s team’. As he reached the last chorus, a cheer spread through the crowd as the mobile phone messages came through. After a bit of fist pumping, he sang the second verse of Jerusalem, with a good proportion of the crowd joining in, no doubt remembering the words from school assemblies way back. While you may disagree with Bragg politically over his enthusiastic sporting nationalism, at least it is always tempered by his comments on the diversity of Britishness.

He took it back to the personal with the gentle and beautiful pandemic inspired, I Will Be Your Shield. The crowd roared with appreciation when he asserted that empathy is the true currency of music. Particularly fittingly for a country where workers across industries and professions are taking strike action, Bragg closed the set with the ever-relevant and unapologetically socialist, There is Power in a Union, completing an afternoon of proud passionate anthems. 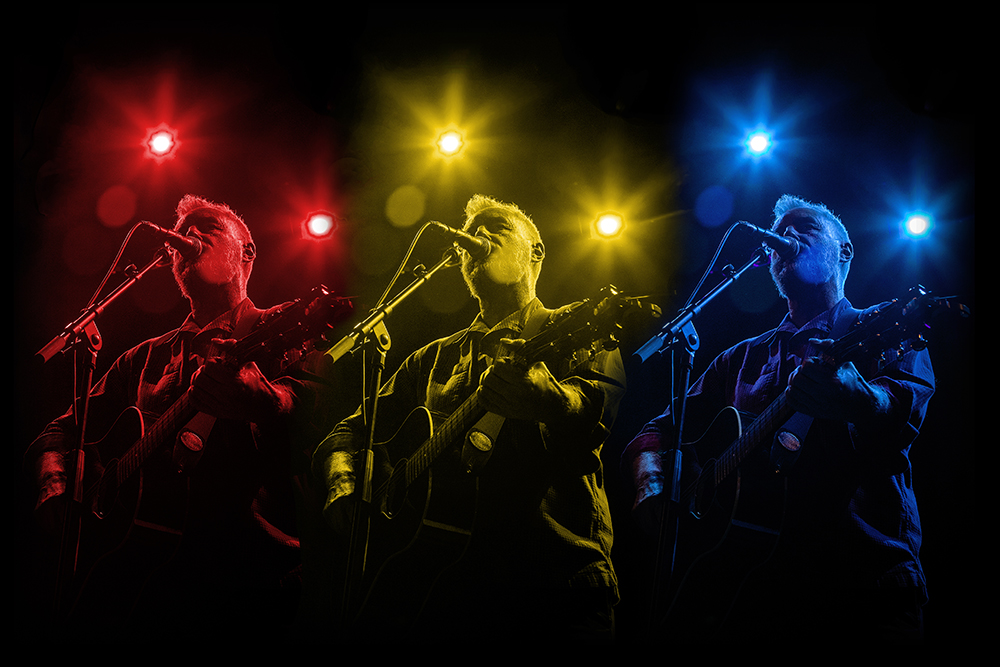 Not to be reproduced, cropped or altered in any way without prior permission. Social media use only for persons depicted, event organisers and venue.