Back In The Swamp – NOTHING 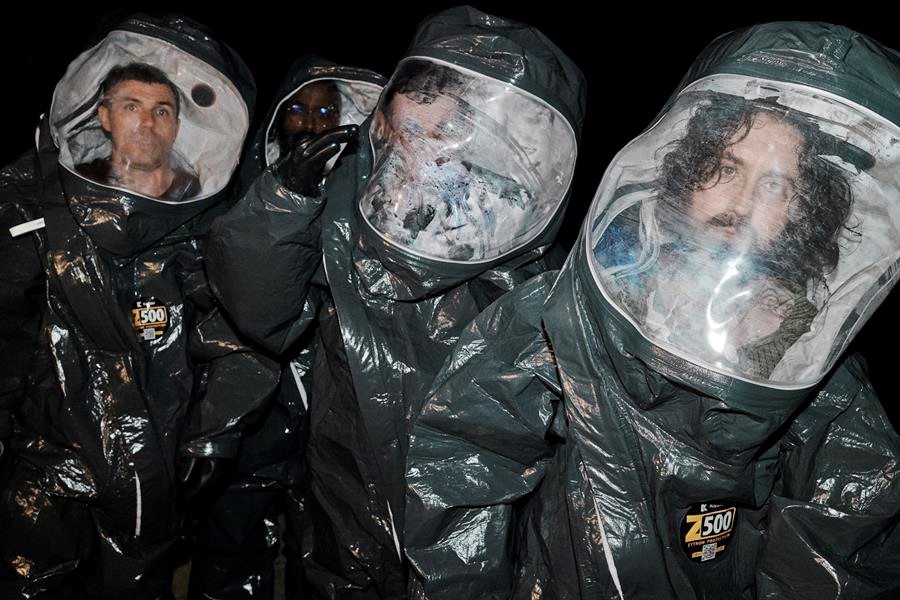 NOTHING return with their highly anticipated new full-length, The Great Dismal.

Recorded throughout quarantine with producer Will Yip at Pennsylvania’s Studio Four, The Great Dismal explores existentialist themes of isolation, extinction, and human behaviour in the face of 2020’s vast wasteland.

Arriving just prior to the band’s ten year anniversary, The Great Dismal is out October 30th on LP/CD/CS/Digital via Relapse Records. NOTHING have released the first single from The Great Dismal. Watch the official “Say Less” music video, directed by Jordan Hemingway (The Academy Films) on YouTube HERE and listen on all streaming services HERE.

Closing in on the band’s ten-year mark, NOTHING frontman Domenic Palermo finds himself stringing together songs of misanthropic tales of Philadelphia with a refined and refreshed take on the band’s classic sound.

“The Great Dismal refers to a swamp, a brilliant natural trap where survival is custom fit to its inhabitants,” Palermo states. “The nature of its beautiful, but taxing environment and harsh conditions can’t ever really be shaken or forgotten too easily.”

The ever progressive NOTHING keep true to their chaotic outlook on life, keeping a keen eye as to avoid repetition. With a radical cast of talented contributors such as harpist Mary Lattimore, classical musician Shelley Weiss, and singer/songwriter/producer Alex G., The Great Dismal showcases yet another essential side of the band’s trademark American Post-Shoegaze sound.