Thinking It Over – Charles Esten 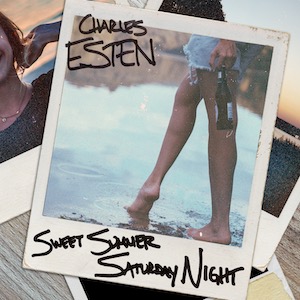 Having been scheduled to play the arena main stage at the postponed C2C Festival in the UK & Ireland earlier this year along with tour dates throughout the summer, the singer-songwriter, actor and performer has instead been performing regular weekly online Quarantine Live Stream concerts to benefit The Leukemia & Lymphoma Society, as part of his ongoing work with Light The Night in honour of his daughter Addie, who survived leukemia when she was 2 1/2 years old and will celebrate her 21st birthday this October, having been healthy and cancer-free for over 17 years. Esten and Team Addie have raised over $1m for LLS to date – more info here: bit.ly/TeamAddie2020.

Discussing the new track, he said: “As we near the end of a summer that wasn’t very sweet, this song is a musical memory of those summer Saturday nights that were.” It follows his previous standalone single ‘A Road And A Radio’, released just before starting a headline tour of the UK in October 2019, with sold-out dates across the country, culminating in his biggest headline show yet, at the Royal Albert Hall.

Additionally, Esten is currently starring as Ward Cameron in the new Netflix hit series Outer Banks, which premiered in April 2020 and has been renewed for a second season. He also appeared along with Taylor Swift, Kacey Musgraves, Garth Brooks and more in the Bluebird movie, released to stream in the UK earlier this month. As he told GQ last year, the first time he went to Nashville he had agreed twice to sing at the famous venue, but “even though I had bought tickets, both times I had to cancel because of acting jobs.” Eventually, one of the first scenes he filmed as lead character Deacon Claybourne on the Nashville TV show was “sitting in the round in the actual Bluebird with a great country star Pam Tillis across from me and on the other side of the room was Hayden Panettiere playing Juliette Barnes.”

The new single, ‘Sweet Summer Saturday Night‘ is out now to stream/download worldwide.

Since his theatrical debut in London playing Buddy Holly, Pennsylvania-born singer/songwriter and actor Charles Esten – best known for his role as Deacon Claybourne in the global hit show Nashville – has gone on to perform on Whose Line Is It Anyway?, as well as in multiple film & TV appearances including ER, NYPD Blue and The Office (U.S.). Over the last few years he has performed hundreds of live concerts, including multiple performances at the O2 Arena, sold-out Nashville In Concert tours – captured in the concert film of the same name – including three shows at Royal Albert Hall, where he is due to return in October 2019 for his own full band headline date following a sold-out solo acoustic tour in January.

In his adopted hometown of Nashville, he has performed at CMA Fest, the Bluebird Café, The Ryman Auditorium, and frequently at the Grand Ole Opry where, in July 2018, he celebrated his 100th appearance. Along with his live performances, acting work and commitment to good causes – Charles serves as the National Honorary Spokesperson for the Light The Night Walk in aid of the Leukemia & Lymphoma Society – he continues to write and record his own music with over 8 million streams to date, earning a Guinness World Record for releasing 54 original songs (available on iTunes, and on Spotify) once a week, for 54 consecutive weeks. Esten completed two UK & European headline tours in 2019, and returned to Berlin and Amsterdam in March 2020 to play the main stage at the C2C: Country to Country festival.