Get The F@ck Ready – Lazarus Kane 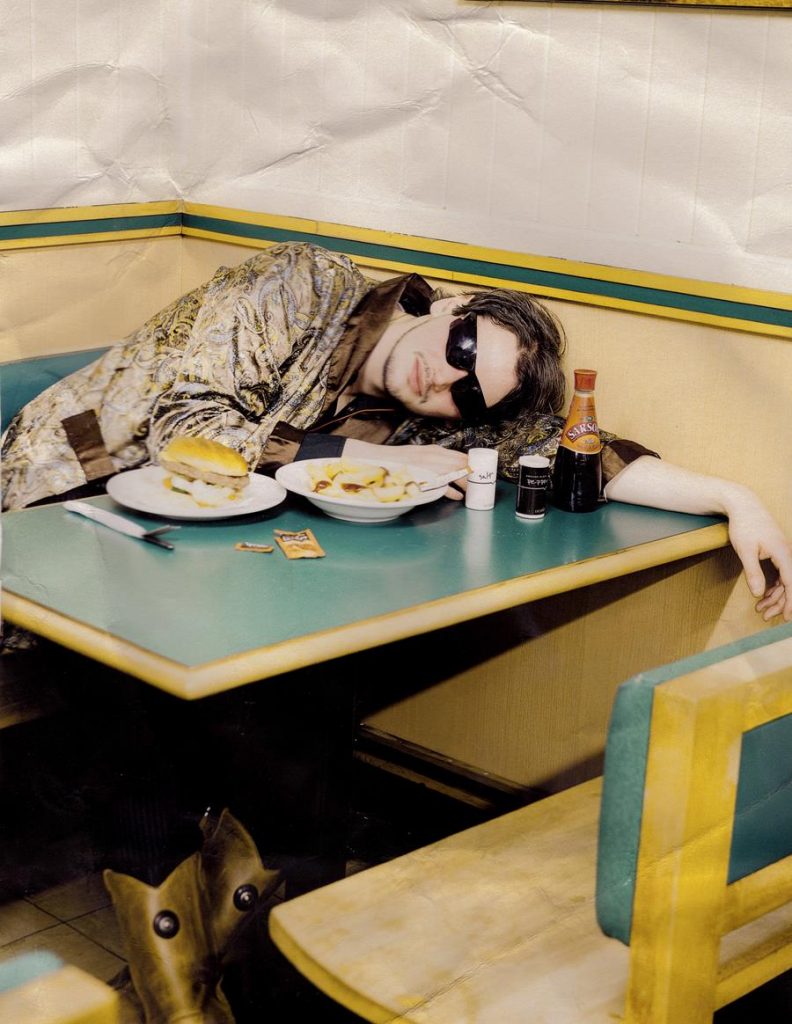 Following a debut single recorded with Dan Carey for Speedy Wunderground – listen to “Narcissus” HERE – and a string of live performances alongside the likes of Squid, Warmduscher, Working Men’s Club and more, USA, via Bristol’s, favourite son Lazarus Kane returned earlier this summer with the anthemic funk of “Night Walking”, a joyous paean to the night.

Now he returns with two remixes suggesting that Lazarus’ twilight walk is anything but finished yet. ZX Horse (Henry from Young Knives) and Minsky Rock (Syd from Working Men’s Club and The Fall & Arctic Monkeys producer Ross Orton) have put their own spin on Lazarus’ latest hit and you can hear both in full here:

Of the remixes, Lazarus has said:

“Yes queen. Here they are. Check out these extremely HOT remixes of ’Night Walking’. These really take this track to that NEXT LEVEL. Know what I’m saying? Thanks to all involved, really loving the results. Keep the love strong. Life is just one big salad, all you gotta do is mix.”

“Night Walking” was released on a limited edition white 7″ (last few copies available HERE) with an exclusive B-side and, succumbing to pressure from a fervent army of collectors, also included a signed photo of Lazarus Kane himself.

Lazarus was born in Sheepsclaw, Arizona. The exact date is unknown, therefore making his age impossible to verify. Due to his strict skincare regime, ascertaining his age via simply looking at his physical presence is also difficult. Fans have said he looks good for his age, but also bad for his age. He was raised in the strict Rhythm Church of Latter Day Percussionists, which placed a high regard on being able to praise God with not only straight beats, but also incorporating syncopation as children grew into adults. After falling from grace within the church, much of the information on his early life was lost with a collection of MiniDiscs believed to now be buried outside Phoenix.

Much of Lazarus’ career has been collected from hearsay and oral recollections. Drifting round the USA in his early twenties, he mainly played in bars and small clubs, using a small drum machine and a stylophone. He was however robbed in New York in the early 60’s and lost these instruments. It is widely rumoured that the robbery was carried out by Alan Vega and Martin Rev.

Reports indicate he was then working as a tram conductor in San Francisco for a period, whilst running the biggest LSD racket on the West Coast, disguising tabs of LSD as tram tickets. Other reports suggest he was nearly drafted into replace Brian Jones at this point with the Rolling Stones, however sources indicate that he had a dental appointment on the day he was meant to audition, and therefore the plan fell through.

Throughout the 1980’s, Lazarus was spotted, and arrested, numerous times with his friend Axl Rose. The two are thought to have had a close relationship at the time, but have since fallen out of touch. Around this time, there are records showing Kane worked as an associate producer for many Sylvester Stallone blockbusters, providing quality catering at very affordable prices. He is also reported to have been a touring multi-instrumentalist with Rusted Root during the early 1990’s and provided catering for the ’Send Me On My Way’ recording sessions. Until recently, this was the last reported activity of Kane within the professional music industry.

Kane returned in 2019 with ‘Narcissus’, produced with Dan Carey and released through Speedy Wunderground. The single was met with widespread critical and commercial acclaim, selling out its physical release within a record negative 48 hours, making it the first record to sell out in history before recording of the song had even begun. He has toured numerous times with an ever revolving cast of musicians of worldwide repute, including Jonny Cigarinni, Bruce Mango, Big Sweetie, Jane Lettuicé, Phil Holsten, Trigger, Riot Shield and Clint Belaggio. Analytics show he is particularly popular with the male 40-70 demographic in the north on England, many of whom say he is, with his unique wardrobe and disregard for contemporary musical trends, the heir apparent to Mark E Smith. 2020 will see the release of his eagerly awaited second single ‘Night Walking’. Get the fuck ready, or fuck off.