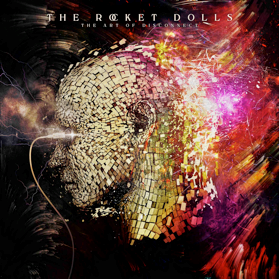 Brighton rock trio The Rocket Dolls are thrilled to announce their brand new album “The Art Of Disconnect”, due for worldwide release on 1stMay 2020. Alongside the forthcoming record, the band will be launching the first single “Enthusiasm And Fumes” on 6thDecember 2019.

You can watch the video for “Enthusiasm And Fumes” here: https://youtu.be/ayDZclOqONs

The release of “The Art Of Disconnect” is the living embodiment of how the rock music and the rock community are very much alive. The story behind the record sees The Rocket Dolls being one of the many bands affected by the PledgeMusic crisis. Undeterred, the band re-launched the fund-raising campaign from their own merch store, smashing the target thanks to their loyal fans.

“The Art Of Disconnect” has been two years in the making and displays a varied soundscape: the pure rock energy blends with hints of pop sensibilities and grunge riffs, creating their fullest and most accessible record yet. The record was produced by George Donoghue at British Grove Studios, with industry heavyweight Chris Sheldon at the mixing desk (Foo Fighters, Biffy Clyro and Don Broco). 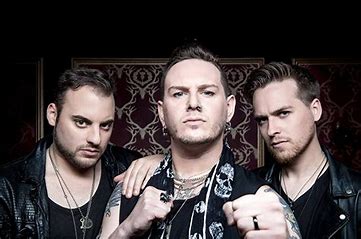 Front-man Nikki Smash says: “These songs are possibly the most personal of all the stuff I’ve ever written. This album is about dealing with lies and deceptions, dealing with destructive habits, dealing with costly mistakes, staying with the program and trying to be healthy.”

Formed in 2008, The Rocket Dolls are rapidly establishing themselves as providers of massive soundscapes, dirty riffs and lyrics that provoke a roller-coaster of thrilling emotions. It is a band forged in friendship, fused together over a long period, and merged with collective influences from Nirvana, Silverchair, the riff-spiration of Alkaline Trio and the melodic, top-line sensibilities of Panic! At the Disco.

Since 2018’s critically acclaimed album “DeadHead” the band has toured extensively, accumulating miles of road experience and playing festivals such as Hard Rock Hell, Ramblin’ Man and Planet Rockstock. The band will be hitting the road again in support of “The Art Of Disconnect” in 2020, with full details to be announced soon.