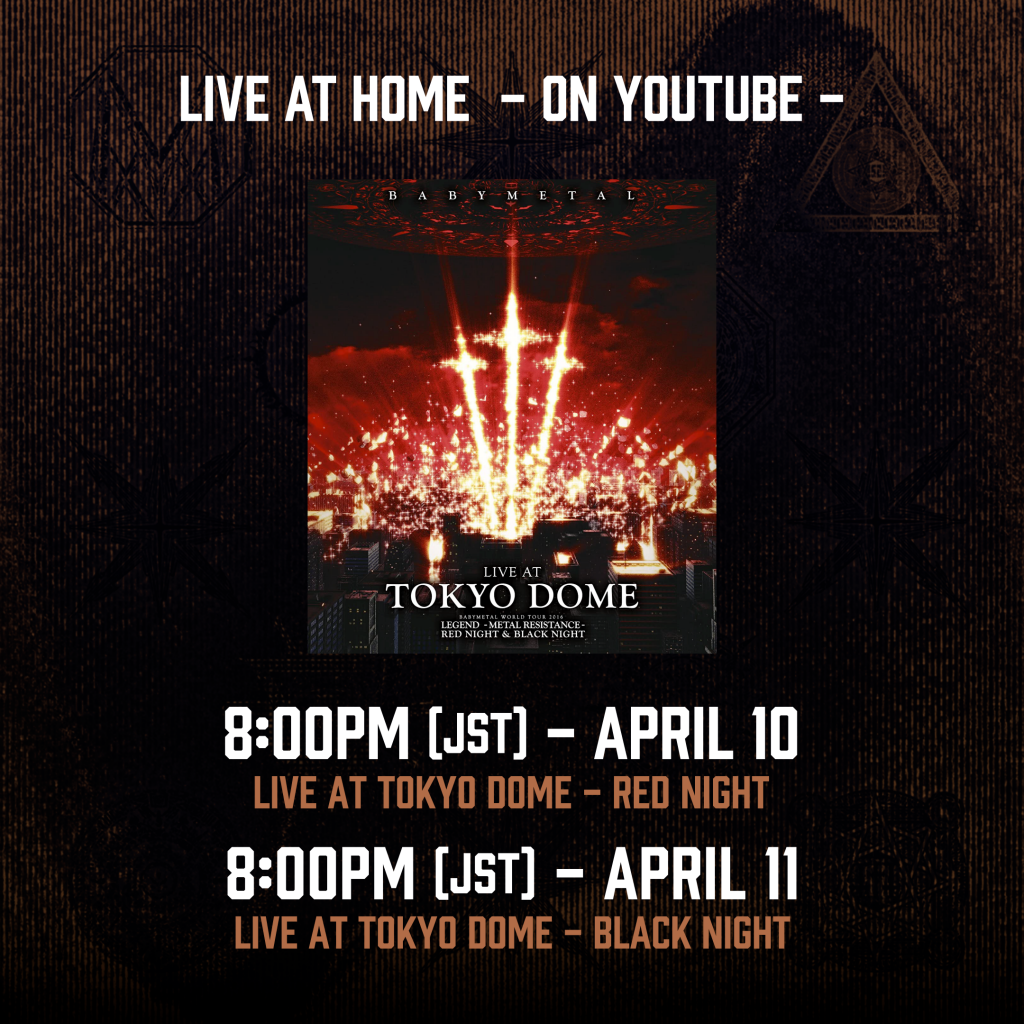 BABYMETAL will stream their 2-day gig which took place on September 19th & 20th, 2016 at Tokyo Dome on their official YouTube channel this weekend. They are calling for fans to “MOSH’SH at home!”

BABYMETAL are encouraging fans to stay home and keep their metal spirit!

The band’s two streams will be airing on April 10th and 11th at 8pm JST (12pm BST), with the first night showing BABYMETAL’s Red Night performance from the 2016 Tokyo Dome show and the second stream showing Black Night.  Red Night and Black Night each have a different setlist.

After the first streaming, the shows will be available on their official YouTube channel for the next 23 hours, until 7pm JST(11am BST) of the following day.