“When I Die I want to Go to Vogue” 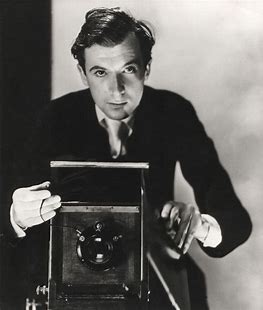 Lecture: “When I Die I want to Go to Vogue – Cecil Beaton’s Most Enduring Patron

Curator Robin Muir looks at the Cecil Beaton’s long working relationship with Vogue. His first photograph appeared in British Vogue in 1924 when he was a Cambridge undergraduate; his last major commission was to shoot the Paris Collections for French Vogue in 1979.

In between, for over half a century, he was indispensable as a fashion and portrait photographer, illustrator and caricaturist, writer and stylist, war reporter, social commentator and taste arbiter. However, it wasn’t always an easy ride…

Robin Muir is the curator of Cecil Beaton’s Bright Young Things and previously curated Vogue 100: A Century of Style at the National Portrait Gallery in 2016. He is a Contributing Editor to British Vogue. His books include Vogue 100: A Century of Style (2016), Under the Influence: John Deakin, Photography and the Lure of Soho (2014), Vogue Model: The Faces of Fashion (2013), Vogue Covers: On Fashion’s Front Page (co-author, 2009), In Camera: Snowdon and the World of British Art (2007), The World’s Most Photographed (2005), People in Vogue: A Century of Portrait Photography (co-author, 2005), Norman Parkinson: Portraits in Fashion (2004) and David Bailey: Chasing Rainbows (2001).