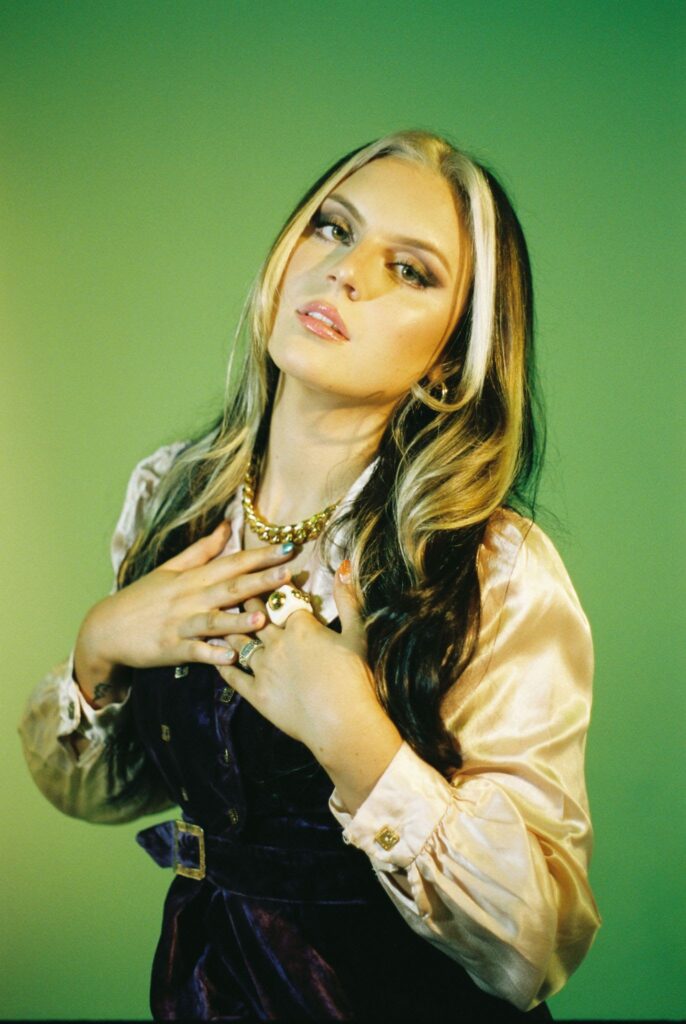 Stef wants you to feel something. The 21-year-old, dark pop artist makes music that is deeply felt and close to the heart, exploring tenderness and toughness with equal parts honesty and attitude.

Known for her genre-blending songwriting and forward-thinking production providing the perfect pairing for Stef’s lyrical expressions, her music captures generational fears and ecstasies, as she documents her own pain and triumphs in a way that’s impossible not to relate to.

Currently based in Nashville, Stef was born and raised in Huntsville, Alabama, where heading down the path of a creative-based career was far from the norm: “Everyone’s pretty close-minded there, so the idea of me pursuing anything other than a college degree was very frowned-upon.” After an adolescence leading worship in church and becoming increasingly involved in theater and acting, Stef eventually decided to pursue music more seriously. “I was always around music, I just didn’t know that I wanted to do it as a career up until that point.”

Her latest track “sicc” is a fun take on being in tune with your femininity. The single touches on the importance of being aware of not letting people play with your emotions, as well as dissecting hookup culture. Mastered by Grammy award-winning engineer John Greenham (Billie Eilish), the single feels rich with her tender, intimate voice sitting on an intense, minimal soundscape. There is a beautiful contrast between her soft, Madison Beer-esque voice and prowling, power-charged bass, with muffled motifs and touches of synth-pop embellishments. The tasteful punch of strength met by the meaning of the track bodes for an almighty, relatable anthem.

Stef has impressively racked up over five million streams for her music on Spotify alone. With an ever-growing and dedicated fan base, the singer/songwriter is quickly becoming an artist to watch. The young creative also runs her own custom clothing label, as well as a successful vintage clothes shop on Depop, where her flair for fashion has built over 36K followers.