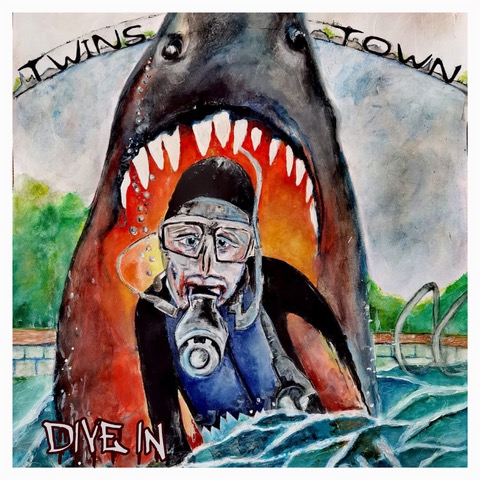 Fronted by infamous identical twins Donald (The Hornet) and Stuart (Smackay) Mackay, the Dunfermline dream team are delighted to present their first release.

A sunshine gilded guitar-pop gem that sounds something like a cross between Steve Harley’s seventies rock statements and The View’s energetic indie trailblazers, “Dive In” is a bright and breezy introduction to one of Scotland’s must-watch new talents.

Releasing their debut single with a video by Tongue Twister Films, you can tune into the visuals for “Dive In”.

Perhaps best known from their previous projects Wingnuts and Wölves, the brothers have already earned their rock’n’roll stripes, performing legendary shows from the Barrowland Ballroom in Glasgow to the gig haunts of Amsterdam. Setting forth on a new adventure in music, the duo have recruited a sextet of familiar faces to help bring their latest musical visions to life. On the sticks is Wayne Robertson (The Wasp), who has a wealth of experience in his own right, most notably with Dunfermline legends, The Falcons. Taking up guitar duties is local Dunfermline guitar hero, Harry Dixon (The Duke), who can “smash out a tune on anything with strings”. Plus, last but not least, is the classically trained keyboardist Mark Guyan (AKA The Darkness). 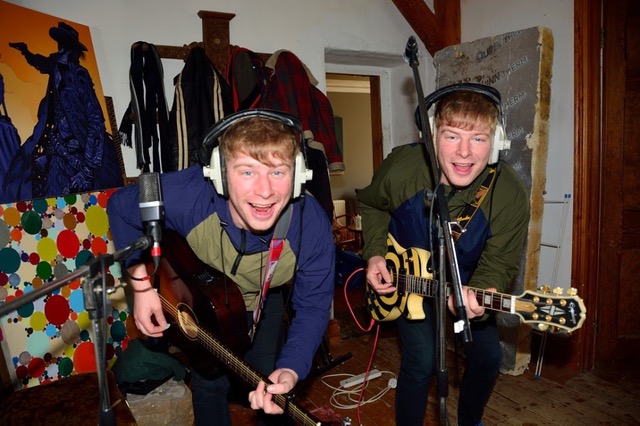 With an illuminating chemistry and a clutch of songs already nailed down, Twinstown are already recording what will be their debut album at Tpot Studios in Perthshire with producer Robin Evans (who recorded The View’s critically acclaimed debut, “Hats off to the Buskers”).

A band with guitar bangers on tap and an infectious energy impossible to contain, Whanga Records took little convincing to sign-up Twinstown for the release of their debut single. An indie label with an ambitious mindset, “Dive In” and discover their essential first release together now.
TWINSTOWN – RELEASE THEIR DEBUT SINGLE: “DIVE IN”, VIA WHANGA RECORDS
LISTEN HERE