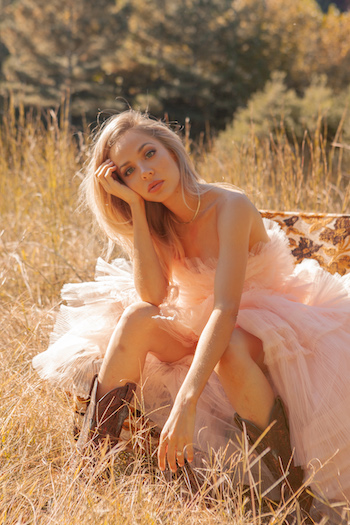 Big Loud Records’ MacKenzie Porter launched the extension of her popular series THE LOFT SESSIONS last week (8/7) with her popular hit “Drinkin’ Songs” to kick off the series.

Directed by Caleb Donato and shot at the legendary Bluebird Café in Nashville, the series originally launched in 2019 with “These Days” and continued in January of 2020 with a cover of Alanis Morissette’s “Hand In My Pocket.” Porter will be releasing a few covers of popular songs in addition to originals in the weeks to come.

Porter’s “Drinkin’ Songs” has already garnered critical acclaim and delivers with “impressive vocal chops” (Calgary Herald) that have fans “instantly obsessed” (Whiskey Riff). As a member of CMT’s Next Women of Country Class of 2021, she has captured attention with Nashville taking notice of her “authentic heart” (American Songwriter) as well as “her mesmerizing vocals and hook-driven songs” (Billboard).

The release of THE LOFT SESSIONS come as Porter’s duet with Dustin Lynch, “Thinking ‘Bout You,” continues to climb the Country radio charts, cracking the Top 30 this week. The single landed the coveted most-added position at Country radio upon impact. Penned by Dustin Lynch, Andy Albert, Hunter Phelps, and Will Weatherly, the song has already accumulated over 67 MILLION on-demand streams. She is also set to share the stage with Jordan Davis on his BUY DIRT tour this autumn.