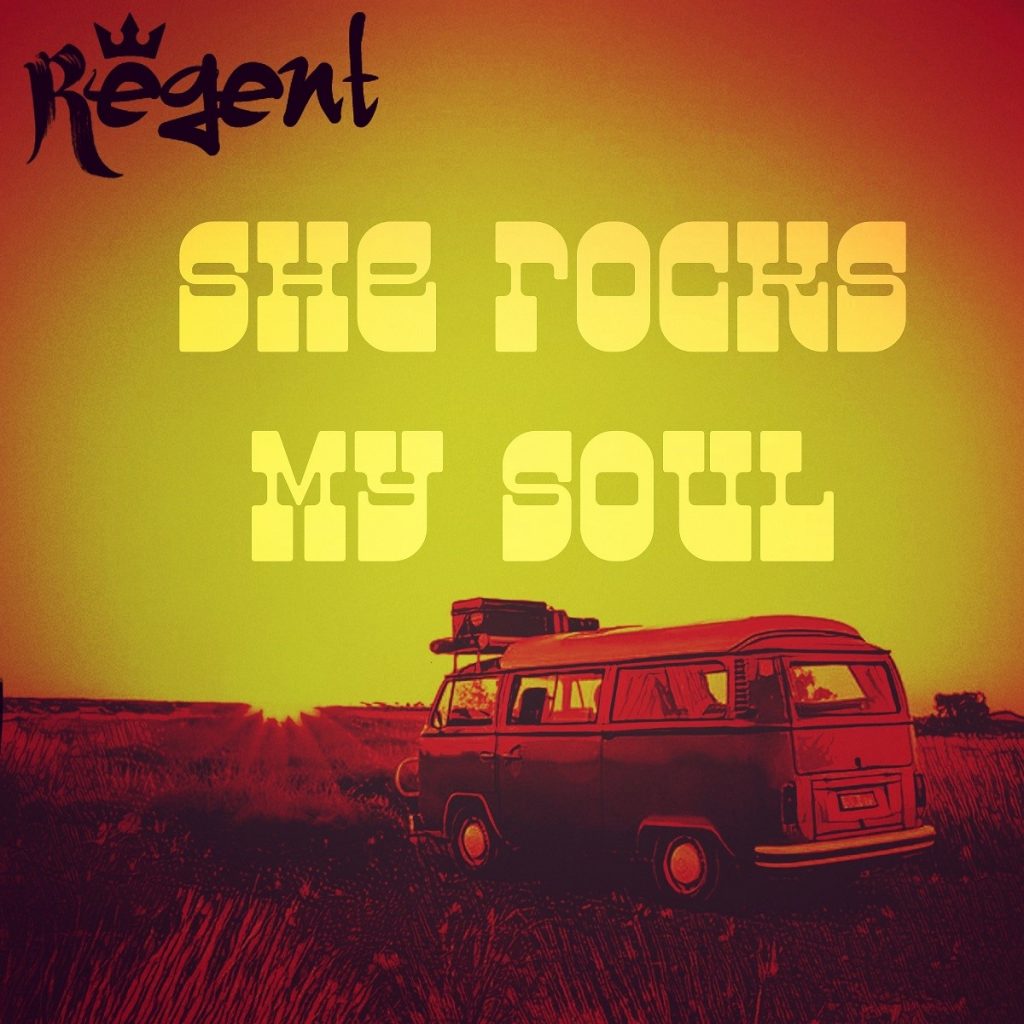 Southampton rock’n’roll staples REGENT return with their stunning new single ‘She Rocks My Soul’, out NOW.

Cutting right to the centre of pure, uninterrupted rock, REGENT are the unruly rocks of Southampton. Taking inspiration from the seminal songbooks of The Beatles and The Rolling Stones and the masterful melodies of their many Brit Pop acolytes, Regent revel in the works of those past masters and carry their mantle on to a new generation. Receiving acclaim for the last single, the four piece have received recent airplay across the globe with plays from BBC Introducing, Radio X, Amazing Radio, and even SiriusXM in America.

Making waves across the blogosphere too, the band have been praised by Louder Than War, Ear Milk, Gigslutz and more, with the latter hyping the band’s comparable: “swagger and sonics of 90s flag bearers like Ocean Colour Scene, Oasis and The Verve”. Already taken to the hearts of their devoted local fanbase​, Regent​ ​are now well accustomed to sell-out shows in Southampton, with word quickly spreading to other corners of the UK and beyond too.

Now, the band have offered up another one of their exhilarating new tracks ‘She Rocks My Soul’, out 21st May 2021. Jam-packed with a grungy, unstoppable guitar hook and unfiltered vocals, the track is a true earworm- inviting all who listen into the bands whirlwind sound. Throughout, lead singer Ben Rooke sings lyrics bursting with emotion, rooted back to the muse in his life he attributes for his re-immersion into the music scene.

“The track is a song written about my fiance who I had to fight hard for to get her over here from India, after her returning to see her parents in September last year,” says Rooke. “We've been together a couple of years now, and she's the reason I got back into music. The song is about the enormous positive effect she's had on my life the last couple of years, how I've changed and become more dedicated and focused on music. It's an upbeat in your face rock n roll love song dedicated to my beautiful fiance…”

Alongside the release, the band have announced a home-town show to take place at The Joiners on Saturday 3rd July 2021, with tickets on sale now. Already well-accustomed to capacity shows in their hometown, tickets are expected to sell like hot cakes. With the temperature rising, and the bands unadulterated sound in full force, the event is set to be one to remember, for the band and fans alike.

HEADLINE SHOW AT THE JOINERS ON 3RD JULY