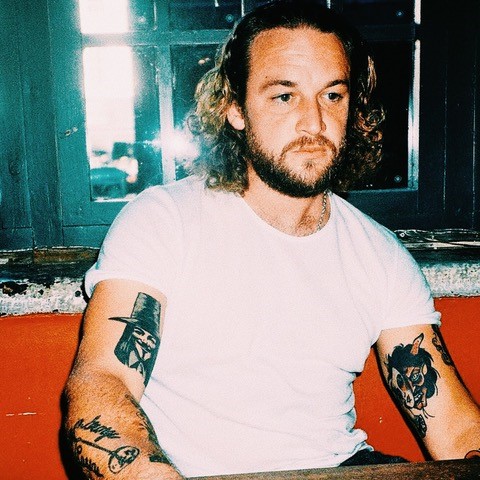 A native of North Liverpool, Bobby West grew up in the suburb of Anfield. His first foray into music came by forming the band Broken Men, a following grew quickly leading to tours of England and Russia, and later Europe, supporting Echo and The Bunnymen.

West now embarks on his debut solo project. His meticulously crafted songs paint authentic depictions of his world; a dark gritty world he ruthlessly laments, yet like a man in the gutter reaching for the stars Bobby gilds the edges of his reality, creating something truly beautiful.

‘All My Years’ was formed after his writing partner showed him a rough demo consisting of just some chords on a Hammond organ with a glockenspiel melody over the top, and has gone on to become the template for everything he and his band have come to create.

“My initial thoughts were that it sounded like a lullaby, and that it would fit with a poem I had recently written for my girlfriend (apologising to her for being a miserable git).

It was one of the earliest ideas we actualised in this project, so it has been central to creating the sound of everything else we’ve done since.”

Bobby’s lens is tinted with a sun-drenched glow, a stark contrast to his surroundings; a paradox that echoes in his music. He sings of terrible things in beautiful melodies. Like a council estate Sinatra, his golden vocals self-deprecate in alluring harmony. There is a rare authenticity within West’s nouveau croon.

He howls gritty lullabies over his collection of crooked ballads, inviting the listener into his world. At a glance West’s world is one of beauty, shimmering guitars and resonant pianos, but in Lynchian fashion he strips away the veneer to reveal twisted tales of spent love, bad romances and the pitfalls of modern culture.

‘An unexpected jewel – We are instant fans’ – 1st 3 Magazine